How a Rockets trade could unlock 'Team USA' Carmelo Anthony 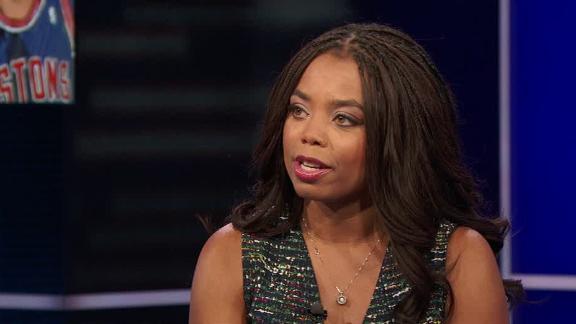 Carmelo Anthonyhasbeen a No. 1 scoring option for his entire career. Possessions run through him. Plays are designed for him. The ball is in his hands late in close games.

But it doesn't have to be that way.

"If I have a chance to be the second option, I will definitely be the second option. That just takes the load off of me," Anthony told reporters in 2015. "I don't have to go out there and do it every night. All-Star players, we want that light, we want to be the focal point of our team, of our organization. But if we get somebody to come in and help us out, that's a load off of us. That's helpful."

That theory was never put to the test with the New York Knicks. Phil Jackson couldn't pair Anthony with another star. But if he gets his wish and is dealt to the Houston Rockets, Anthony would be the second or third option on a team for the first time in his 14-year career.

Can that actually work? Can Anthony, a player who has grown accustomed to dominating the ball for 14 seasons, change his ways?

The answer, which might come as a surprise to some, is that he already has. There's a formula for getting the best version of Anthony. It has been on display every four years in the Olympics. It has even emerged intermittently during his NBA career.

The method is pretty simple, actually: It involves a talented point guard, capable shooters and a rim-protecting big man. And it's reasonable to think that it can be discovered once again in Houston.

The initial reaction to an Anthony-to-Houston trade might be to cast doubt on the newcomer's ability to thrive alongside ball-dominant stars inJames Harden and Chris Paul. Although he has had brief stints playing alongside other high-usage players -- Allen Iverson inDenverand Amar'e Stoudemire and Derrick Rose in New York -- Anthony is accustomed to having the ball in his hands and operating as the unquestioned No. 1 option. He has led his team in usage rate every year of his career. Last season, he used a team-high 29.1 percent of the Knicks' possessions when he was on the court.

Without even factoring in the addition of Paul, the fact that Harden posted a usage rate of 34.1 percent last season -- second in the league to MVP Russell Westbrook -- means Anthony would be hooking up with the most ball-dominant teammate of his career in Houston.

While this is uncharted NBA territory for Melo, we've seen the 33-year-old forward thrive as the second or third option several times over the course of his Team USA career. Sure, it's easy to succeed when surrounded by the game's best, but Anthony transforms into a different player with stars by his side. And that means taking a back seat.

His role as a potentially second or third scorer in Houston would be larger than it was on a stacked Olympic roster, of course, but there are some similarities that show how Anthony can be devastatingly effective when he's not a top scoring option.

Despite coming off the bench as the sixth man in the 2012 London Games, Anthony still ranked second on the team in scoring behind Kevin Durant. That's the summer when Anthony posted a U.S. Olympic record 37 points in 14 minutes against Nigeria.

Anthony has been effective from the perimeter when surrounded by top talent -- something that would transfer to some degree to any situation in Houston. He shot a blistering 50 percent from beyond the 3-point line during the 2012 Olympics (a line that is 19 inches closer to the basket than the NBA's). And he shied away from the isolation-heavy approach that has been his default in New York.

More than half of his points were scored from spot-ups (30 percent) or in transition (22 percent) that summer -- two hallmarks of Houston's offense. Only 13 percent of his points came via isolation. Though he ran less and isolated more during the 2016 Olympics than in 2012, Anthony still spotted up on 24 percent of his offensive plays, which would seem to translate well to Houston's offense.

Now, the London Olympics were five years ago and Nigeria can't compete with theGolden State Warriors. But Anthony has played this role in some form or another in three different Olympics, ample evidence that if he isn't asked to lead an offense, he can be an incredibly effective weapon.

Guards are the key to Melo's success

As a Rocket, Anthony would share the court with two of the NBA's best distributors in Harden and Paul. Those who know Anthony's game best believe he's at his peak when paired with a top point guard.

"We had the most success when we had Andre [Miller] and/or Chauncey [Billups] -- when we had a point guard that kind of orchestrated the rhythm of the offense," George Karl, who coached Anthony for parts of seven seasons in Denver, said in an interview with ESPN in 2015. "... If [Anthony] has a good orchestrator, he's going to be a helluva scorer for you."

Paul certainly qualifies as a good orchestrator -- if not tops in the league -- and would be the best guard to play alongside Anthony in his career. Paul's player efficiency rating (PER) of 26.25 last season is nearly 20 percent higher than any mark that one of Anthony's point guards reached (Billups recorded a PER of 20.25 in 2009-10, and Iverson had a PER of 21.06 in 2007-08.)

Paul also ranked in the top five overall in ESPN's Real Plus-Minus in three of the past four seasons, proof he can do things on both ends of the floor that Anthony's previous point guards could not.

Anthony has arguably had to create his own shot as often as any other player over the past six seasons. He ranked fourth in the NBA in isolation frequency in 2016-17 (23.1 percent of his plays)and second in 2015-16 (23.7), according to NBA.com/Stats. Contrary to popular belief, that's not necessarily something he welcomes.

"I've always been willing to pass the ball," he said in 2016. Anthony also has talked regularly about the importance of strong point guard play. "It takes a lot of pressure off me to try to do everything," he said when the Knicks added Jason Kidd in 2012.

And his win-loss records reflect the idea. The 2010 Nuggets reached the Western Conference finals with Billups at point guard; the 2013 Knicks won 54 games with Kidd at lead guard. With a Paul-Harden duo, Houston's loaded backcourt certainly would surpass both of those teams -- the most successful of Anthony's career.

It appears unlikely, but there's a chance Anthony remains with the Knicks for the 2017-18 season. If that happens, it's tough to project how Anthony would fit, because the Knicks are still looking for a point guard. With Anthony on the books, New York would likely have to sign a guard with the veteran's minimum exception. Currently, 18-year-old rookieFrank Ntilikinais the only point guard on the roster, and the rest of the backcourt (Tim Hardaway Jr.andRon Baker) doesn't exactly boast strong facilitators.

The Knicks' plan for Anthony also is unknown. Under Jackson, there were internal discussions about reducing Anthony's minutes or bringing him off the bench if he returned in 2016-17, according to league sources. It's unclear if the new front office of president Steve Mills and general manager Scott Perry share the same outlook.

Absent a high-usage point guard like Derrick Rose, it seems plausible that Anthony would return to the facilitating role that he played two years ago. Anthony averaged a career-high 4.2 assists per game in 2015-16 season duringKristaps Porzingis' rookie year.

The general feeling in the Knicks' organization is that Anthony might inhibit Porzingis' development. But there was evidence last season that Anthony had broken some of his ball-stopping habits and that he could help ease the burden on Porzingis.

Anthony averaged fewer seconds and dribbles per touch last season than he did in 2015-16 -- though the presence of Rose likely contributed to this -- and he has shaved off nearly a half-second per touch from 2013-14 to 2016-17.

That could bode well for the continued development of the 21-year-old Porzingis, who shot much better off Anthony passes last season than during his rookie season.

Porzingis' 12 percent increase in field goal percentage off passes from Anthony dwarfed his improvement on passes from everyone else -- a sign that the two forwards could build on the strong two-man game they started to establish two seasons ago.

Of course, the Knicks' roster doesn't fit the formula that has unlocked the best version of Anthony in the past. There's no Jason Kidd or Chauncey Billups in New York this season. But if Anthony can play the role of distributor and shot creator for Porzingis, it could unlock an unexpected formula for success for the Knicks. 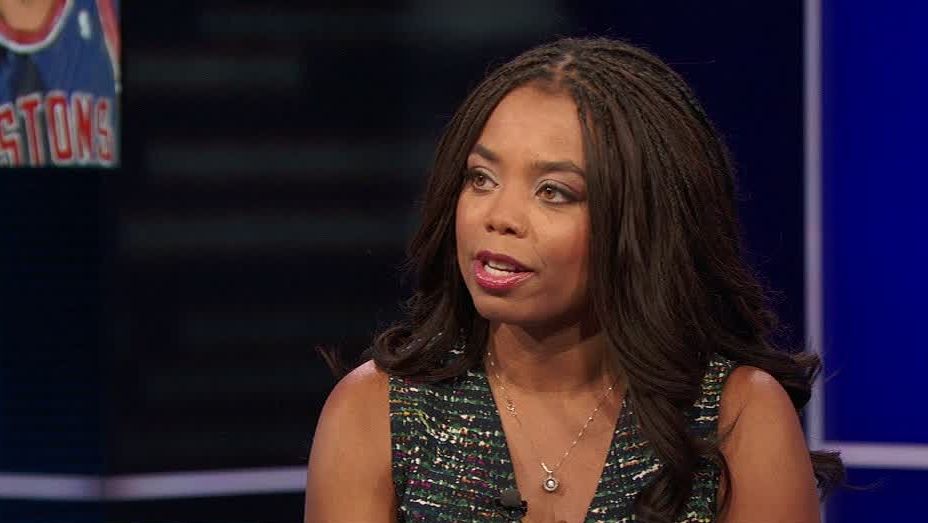