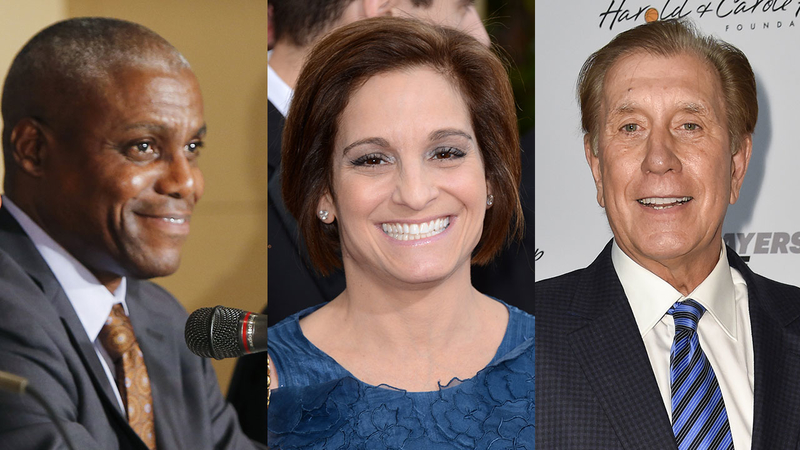 HOUSTON, Texas (KTRK) -- The Houston Sports Hall of Fame is adding gold to its ranks.

The trio will be inducted during a ceremony on Jan. 21, 2020 at the Hilton Americas in downtown Houston. ABC13 is the broadcast partner of the ceremony.

Lewis and Retton became American heroes during the 1984 Olympic games. For his part, Tomjanovich led the Houston Rockets to back-to-back titles in the mid 1990s, as well as guiding the 2000 Olympics "Dream Team" to a gold medal.

Each incoming member has resided in Houston.

Lewis, who the Sports Hall said is arguably the greatest track and field athlete of all time, won nine gold medals in the Olympics, medaling in four straight Games beginning with the 1984 event.

The 58-year-old Lewis is an assistant track coach for his alma mater, University of Houston.

Retton, 51, stole the hearts and imaginations of Americans during the 1984 Games, where she was the first American woman to win all-around gymnastics gold in the Olympics.

She began residing in Houston during the lead up to the 1984 Olympics to train with Bela and Marta Karolyi. Since then, she's become a long-time Houstonian, even raising a family of four daughters. Retton will be the first female inductee of the Hall.

Tomjanovich, 70, affectionately known as "Rudy T," is credited with coaching the Houston Rockets to two consecutive NBA world championships in 1994 and 1995.

Rudy T also played for the Rockets in their earlier years in Houston, and he later had his No. 45 retired by the team.