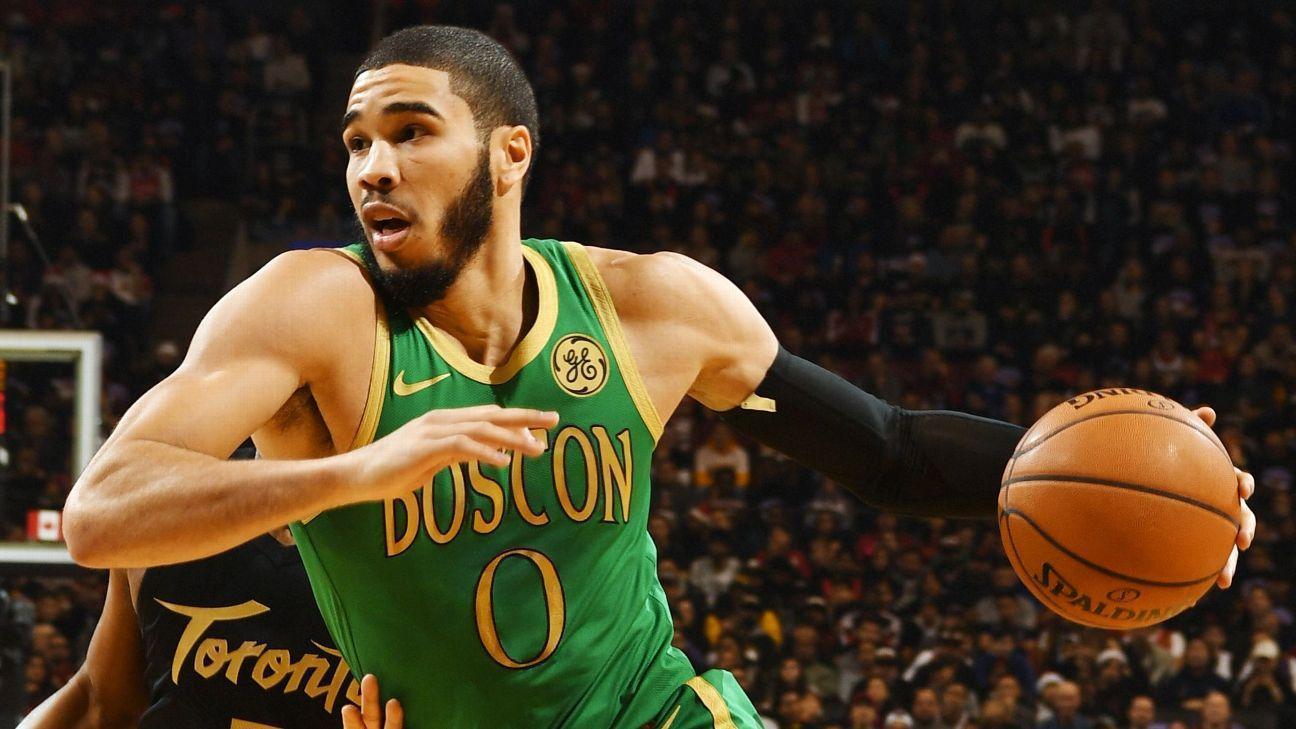 The Boston Celtics face a tall task in trying to extend their home winning streak to eight games as they host the red-hot Houston Rockets on Saturday night.

The Celtics return from a 3-1 road trip that ended Wednesday with a 114-103 victory over the Utah Jazz. Boston is 23-5 at home this season, its last loss at TD Garden coming Jan. 18.

The Rockets, meanwhile, have won five straight and scored north of 120 points in each of their last four. Houston is 17-12 on the road this season.

The teams met in Houston on Feb. 11 with the Rockets pulling away in the third quarter on their way to a 116-105 victory. James Harden had 42 points, and Russell Westbrook scored 36 with 10 rebounds. Gordon Hayward paced the Celtics with 20.

Jayson Tatum had just 15 points in that game, his only outing where he scored less than 20 in his last 15 games. Tatum has taken his offensive game to the next level of late, highlighted by three straight games shooting over 60 percent with more than 30 points to finish Boston's West Coast swing.

"We're in a good spot," Tatum said after putting up 33 points and 11 rebounds in the win over the Jazz. "We're just trying to continue to get better every game."

Tatum's surge has come at a good time for the Celtics, who have been without fellow All-Star Kemba Walker (knee injury) since Feb. 13. The team is targeting Tuesday against the Brooklyn Nets for the guard's return.

"I think the plan of attack is for him to go harder in the morning, maybe even ramp it up Sunday and then go from there," coach Brad Stevens told reporters Friday. "So hopefully back by Tuesday, but out for tomorrow is what I've heard last."

Stevens added that big man Robert Williams III, out since early December with a hip injury, could be cleared to play Saturday.

Similar to Tatum, Westbrook has been surging for the Rockets, with 30 or more points in nine of his last 11 contests. After missing a win over the New York Knicks on Monday with a thumb injury, Westbrook returned to action with team highs of 33 points, nine rebounds and eight assists in a 140-112 blowout of the Memphis Grizzlies on Wednesday.

"The excitement that he brings to the game, I just don't know another player in the league who brings that kind of intensity and is actually skilled," said Harden, who added 30 points in just 28 minutes of play against Memphis.

Harden has been just as dangerous of late, surpassing 30 points in eight of his last 11 contests. His 35.2 points per game leads the league by a wide margin.

"Those guys are two of the best in the world," Stevens said after the last meeting in Houston.

The Rockets have won four straight in their season series with the Celtics.