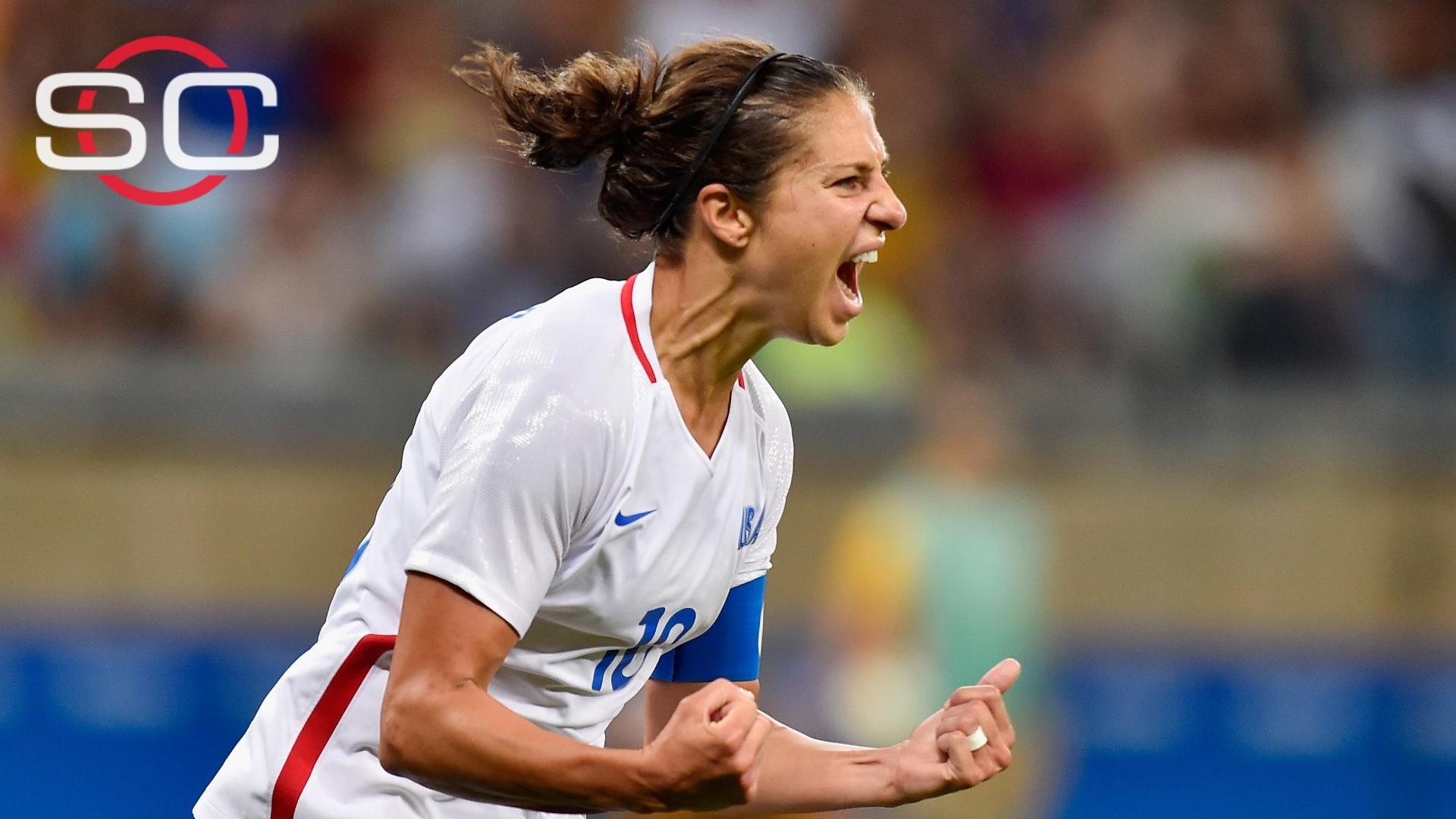 BELO HORIZONTE, Brazil -- Hope Solo was unaffected by the Brazilian boos as she came up big in her 200th international appearance to help the United States women's soccer team fight off France 1-0 in a Group G match at the Olympics on Saturday.

Carli Lloyd scored the only goal for the Americans, tapping the ball in from four yards out in the 63rd minute.

Solo became the first goalkeeper, male or female, to reach the 200-cap mark in international play. She also became just the 11th U.S. player to reach that number of appearances.

Despite the milestone, Solo was still peppered with jeers from the crowd, who were riled up about social media posts she made about the threat of the Zika virus. The boos first started during the team's 2-0 tournament-opening win against New Zealand on Wednesday.

The U.S. women, winners of last year's World Cup and ranked No. 1 in the world, are vying for their fourth straight gold medal. With consecutive wins to open the Olympics, the U.S. is in good position for the quarterfinals. France, ranked No. 3, was considered the Americans' biggest rival in the group.

Lloyd broke after an hour against France goalkeeper Sarah Bouhaddi. Tobin Heath's shot caromed off the post and while Bouhaddi struggled to recover, Lloyd tapped in the rebound for her eighth Olympic goal.It was her 11th goal of the year overall and 90th of her career after she also scored in the opener against New Zealand.

But for the first half, it was all Solo. She tipped Wendie Renard's header from a free kick off the crossbar in the 16th minute. Her most dramatic stop came in the 41st when Marie-Laure Delie charged in alone and Solo collapsed to her knees to smother the shot.

The 200th cap was Solo's latest accomplishment in a 16-year international career. Last month, she became the first goalkeeper with 100 international shutouts when the U.S. defeated South Africa 1-0 at Soldier Field in Chicago. It was also her 150th career win.

She irked some Brazilians before the games started when she posted a photo of herself decked out in mosquito netting and armed with insecticide, with the caption: "Not sharing this!!! Get your own! #zikaproof." As a result, fans at Mineirao Stadium have booed her every time she touched the ball.

U.S. coach Jill Ellis made a couple of changes in her lineup for the match. Whitney Engen came in for defender Julie Johnston, who is out with groin soreness, and Crystal Dunn came in for Mallory Pugh, who hurt an ankle in the opener.

But the most stunning lineup change was made by France, which did not start star Eugenie Le Sommer, who scored in France's 4-0 victory over Colombia. It was not clear whether Le Sommer was injured.

The U.S. plays Colombia in its final group match on Tuesday in Manaus. France will play New Zealand.

Sinclair's penalty in the 19th minute moved her into a tie for second on the all-time Olympic list, alongside Germany's Birgit Prinz. Brazil's Cristiane holds the record with 13.

In the group opener against Australia, Beckie scored in the first 20 seconds for the fastest Olympic goal in Canada's 2-0 victory. Her goals against Zimbabwe came in the seventh and 35th minutes.