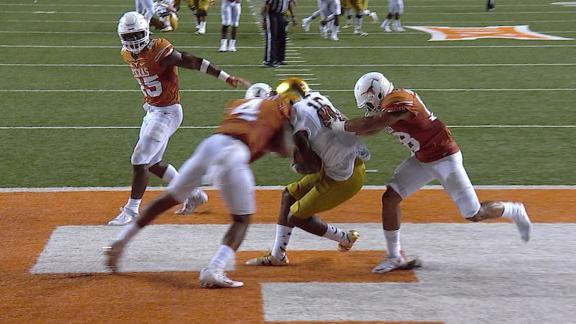 Fighting Irish coach Brian Kelly said Monday it is too early to tell whether Hunter and safety Avery Sebastian -- who is also in concussion protocol after a big hit Sunday -- will be ready for Notre Dame's home opener Saturday against Nevada.

Hunter tweeted Monday that he is doing better and would "bounce back."

Hunter was drilled close to the head by Longhorns defensive back DeShon Elliott in the end zone with 30 seconds left in the third quarter. Hunter was trying to corral what would have been a 19-yard touchdown pass from QBDeShone Kizer on third down, but the hit jarred the ball loose. Hunter was tended to on the ground for several minutes after the play.

No flags were thrown and no review was held, despite new NCAA rules this season that allow replay officials to retroactively issue targeting penalties.

Notre Dame had a potential game-tying 36-yard field goal blocked on the next play.

"We sent the clip, obviously, to the supervisor of officials with the ACC; we got confirmation back that that would have most likely have been a targeting call," Kelly said Monday during a teleconference. "We just don't understand why that was not reviewed by the Big 12. I guess they're going to be reaching out to them to find out why that wasn't reviewed, but clearly, win or lose, player safety should be at the front of this game, and we don't believe that that was the case in this instance."

Hunter, a redshirt junior captain, entered this season as the Irish's lone proven option in the receiving game. Without Hunter, Notre Dame went on to complete just 3 of 7 passes for 48 yards over the course of the fourth quarter and two overtimes. 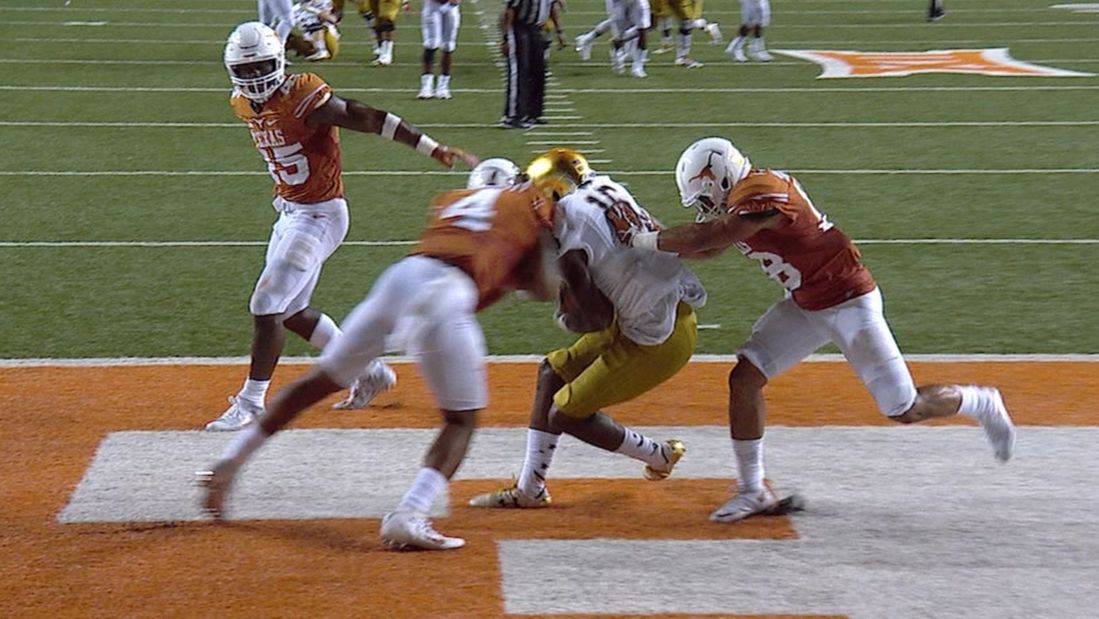