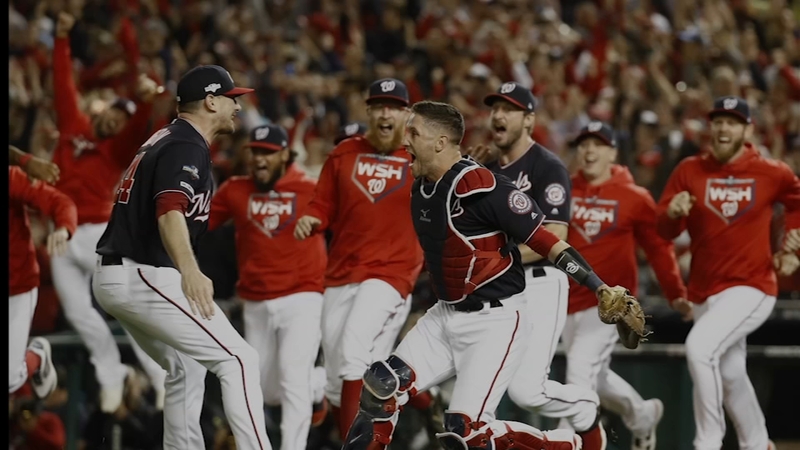 Here's a look at the National League champ, Washington Nationals

The Houston Astros will face-off against the Washington Nationals in the 2019 World Series.

The matchup comes with a neat twist, too: The Astros and Washington Nationals share a spring training complex - they met in the exhibition opener in February, and Max Scherzer gave up a homer to the first batter of the game.
Now, eight months later, they meet for real, beginning Tuesday night at Minute Maid Park. The 107-win Astros trying to take their second crown in three years, the wild-card Nationals making their Series debut.

The Nationals pitching rotation will start with Scherzer, Strasburg and Patrick Corbin. And even Aníbal Sánchez - all he did lately was take a playoff no-hit bid into the eighth inning.

The Nationals, who started out as the Montreal Expos in 1969, took the reverse route.

A season after letting slugger Bryce Harper leave as a free agent, the Nats were just 19-31 in May. The slow start prompted speculation manager Dave Martinez would be fired and management would sell off stars at the trade deadline.

Instead, the Nationals bounced back. They earned a playoff spot, eliminated the favored Los Angeles Dodgers in the NL Division Series and swept the surging St. Louis Cardinals behind NLCS MVP Howie Kendrick.

For Washington, the city gets its first World Series since the Senators played in 1933. For the Nationals, the old October question: rest or rust?

The Nationals will have a full week between games while the Astros, get only two days off. A fact on this: Boston had two more days of rest last year and beat the Dodgers. But before that, the past nine champions the clubs had fewer rest days.
Martinez isn't worried.

The teams, incidentally, haven't played in the regular season since 2017 - overall, Washington has 10 of the last 11 meetings dating to 2012.

They do, however, see a lot of each other every spring. They faced off at the Ballpark of the Palm Beaches on Feb. 23 in the exhibition opener, and Jake Marisnick led off the game with a home run against Scherzer.

Washington went 5-1 against the Astros in Florida this year. They start next spring with two exhibitions in Florida.