Gregg Popovich on mark: 'Just a longevity thing more than anything' 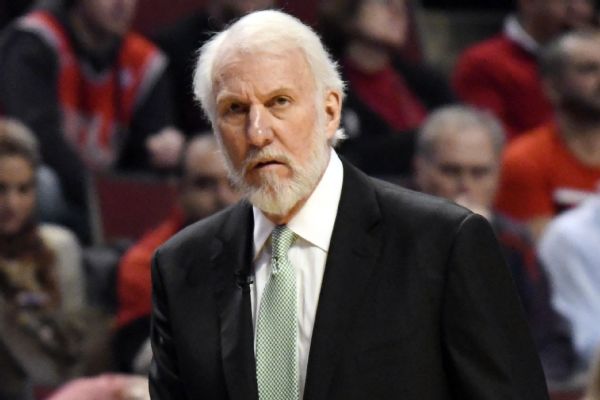 SAN ANTONIO -- On Thursday night,San Antonio Spurs coach Gregg Popovich tied the NBA record for the most career wins with one franchise, capturing his 1,127th in a 102-86 triumph over the Philadelphia 76ers.

"When you get all those wins, it's just a longevity thing more than anything," Popovich said. "So I'm thankful for having the job for a while."

Popovich tied the record set by Jerry Sloan of the Utah Jazz, thanks in part to the Spurs forcing a season-high 24 turnovers, while Kawhi Leonard led the way with 19 points, two steals and two blocks. Popovich has modeled much of what he's done in San Antonio on Sloan's program over 23 seasons in Utah.

Popovich matched Sloan's accomplishment in two fewer seasons, while winning five NBA championships, but he said the latter "is in a different league than me."

"[Utah] was then, and still is, a class organization, and we tried to do it similarly to them as far as how we conducted the program, what we expected, how to do it, how to keep it to yourself, and that sort of thing," Popovich said.

"It was only a matter of time because of the guys he brings in, the organization he has here, how successful it's been here before I got here, and I'm sure after I'm gone, he'll continue to win games and be successful," Green said. "So congratulations to him. It just shows you how great he is. It also shows you how great Jerry Sloan was."

Spurs point guard Tony Parker, who contributed six assists, joined the franchise during the 2001-02 season at a time when Popovich had collected only one NBA title. Parker said he, future Hall of Famer Tim Duncan, Manu Ginobili and Popovich all evolved together over the years. Duncan retired in July after 19 seasons with the organization.

"It's amazing," Parker said of Popovich's accomplishment. "Obviously, growing up, Jerry Sloan was one of the big names, [when I was] watching the Finals with [Michael] Jordan and stuff like that," Parker said. "So, to have Pop up there, he's going to keep going. He looks like he's not getting tired or [that he's going to] stop anytime soon. It's very impressive to coach that long and keep your team motivated with the same message. It's not easy."

Popovich leads all active coaches in victories, and Parker admitted that upon arriving in San Antonio, the coach "was just basically like the Army."

"He was not like the Pop of right now for sure," Parker said. "I think we grew all together with the big three [Parker, Ginobili and Duncan] and Pop. We all grew together, and then he became who he is now. So, it was nice to [be there] almost at the beginning." 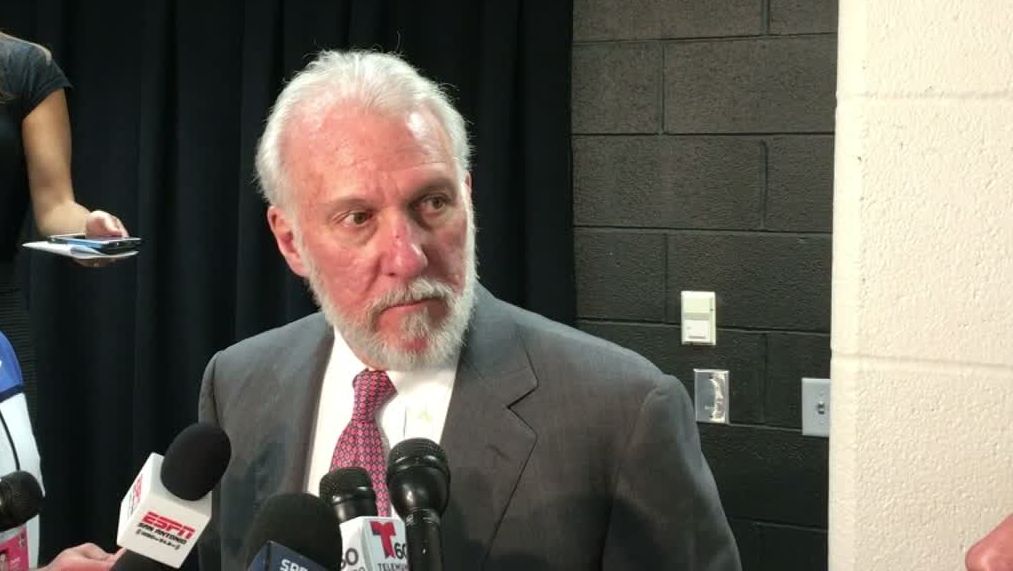