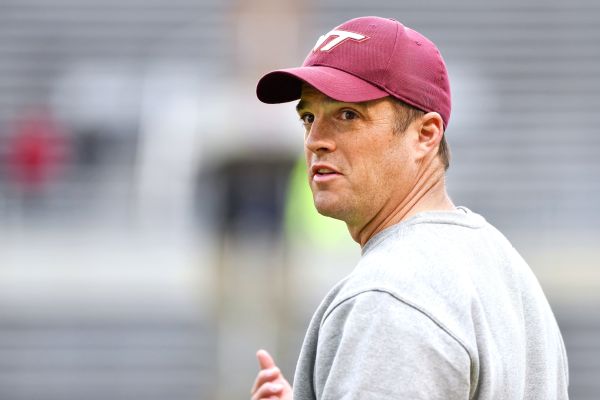 Georgia also will issue a letter of reprimand to Beamer.

Beamer spent five seasons working at Virginia Tech for his father, Frank, the Hokies' head coach from 1987 to 2015. Last week, Virginia Tech announced that an unnamed former assistant had received information from Elrod before the Hokies and Demon Deacons played in 2014.

In a statement released through Georgia, Shane Beamer said Elrod contacted him the night before that game with a few plays Wake Forest might run.

"I had known him for several years through coaching circles so I did not think it unusual he would be calling me," Beamer said of Elrod. "During these communications, however, he told me about a few plays that he said Wake Forest might run during the game on Saturday. I did not share this information with anyone, including our student-athletes, anyone on the coaching staff, or my father, nor did we use the information in the game.

"I realize I made a serious mistake in judgment by accepting the information and failing to notify officials at Virginia Tech of the communications. I sincerely apologize to Virginia Tech, Wake Forest, the ACC and the University of Georgia for my mistake. I am truly sorry.

"I am particularly remorseful to the extent my actions may have brought embarrassment to my family, and especially my Dad. Again, I apologize for my actions and have learned from my mistakes."

Louisville has admitted that offensive coordinator Lonnie Galloway took plays from Elrod before the Wake Forest game in November. Galloway was suspended for the Buffalo Wild Wings Citrus Bowl against LSU.

The ACC fined Virginia Tech and Louisville $25,000 each, the maximum penalty allowed under league bylaws.

Army also has been implicated and is investigating its football program.

Wake Forest announced last week that Elrod had been sharing confidential information going back to 2014, his first year on the radio broadcast team. Elrod had previously played and coached at Wake Forest. He has since been fired from the IMG Radio Network and banned from Wake Forest athletics and facilities.