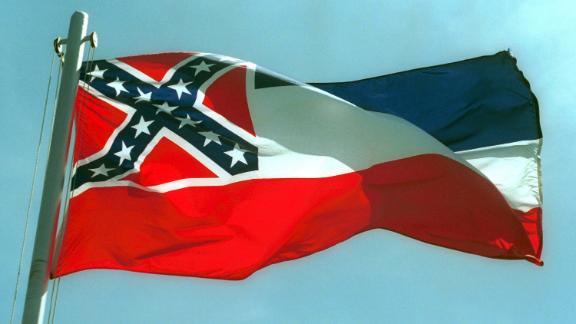 Mississippi's most high-profile college football coaches and former Ole Miss and New Orleans Saints quarterback Archie Manning were among those to have their names attached to a full-page ad in Sunday's Clarion-Ledger calling for the removal of the Confederate symbol from Mississippi's state flag.

The letter, signed by the likes of singer Jimmy Buffet, actor Morgan Freeman and writer John Grisham, says, "The Rebel flag was never meant to fly over state capitols."

"It is simply not fair, or honorable, to ask black Mississippians to attend schools, compete in athletic events, work in the public sector, serve in the National Guard, and go about their normal lives with a state flag that glorifies a war fought to keep their ancestors enslaved," the letter reads. "It's time for Mississippi to fly a flag for all its people."

Ole Miss coach Hugh Freeze was among those with his name attached to the letter. Freeze, a native of the state, was vocal in his opposition to the flag at SEC media days in July, saying, "I think it's time that we move in a different direction."

Mississippi State coach Dan Mullen, on the other hand, took time to come to his decision. At first, when asked at media days, he sidestepped the topic, saying, "That's a lot for people in Jackson and for the people of Mississippi." But his name was at the bottom of the letter in the Clarion-Ledger on Sunday.

The symbolism of the Confederate flag has been front and center in the news since mid-June, when Dylan Roof allegedly shot and killed nine members of a predominantly black church in Charleston, South Carolina.

Prior to the shooting, Roof had posted white supremacist comments online, and in one photo, he posed with a Confederate battle flag.

Mississippi is the only state that still flies the Confederate flag over its statehouse.