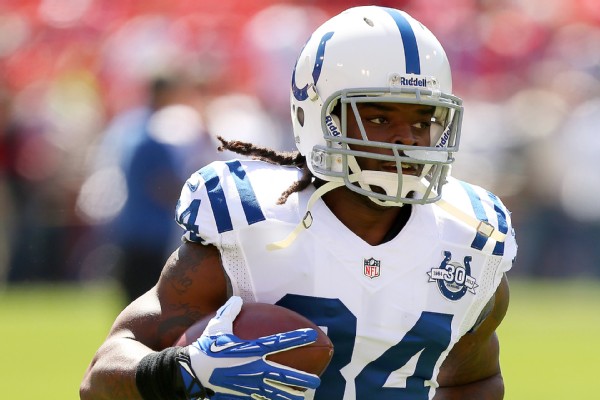 Police in the Birmingham suburb of Hoover say the 26-year-old Richardson was jailed Friday in the Hoover City Jail, with bond set at $1,000.

He was released Friday afternoon just before 3 p.m.

A police statement said officers received a call about yelling coming from a guest room at a hotel Thursday night. It said police responded and found a woman with scratches and bruises on her face.

The statement said the two argued earlier at a Walmart store, and the dispute continued at the hotel. Paramedics treated the woman, but she didn't require further medical attention.

"He was cooperative,'' Hoover police captain Gregg Rector told AL.com. "He was arrested without incident."

Richardson played football at Alabama before turning pro. He spent four seasons total in the NFL at Cleveland and Indianapolis.

Records aren't yet available to show whether Richardson has a lawyer. A court date has not yet been set.