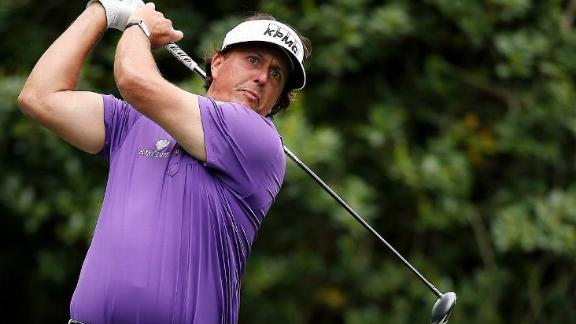 Aiming to galvanize the struggling golf-equipment market, Callaway is offering golfers a chance to win the same amount of money that Phil Mickelson wins at this year's U.S. Open.

The company announced Thursday the "Big Big Bertha Payday" promotion whereby golfers who demo the brand's Big Bertha drivers or fairway wood at retailers before the final round of this year's U.S. Open will be entered into a drawing. The winner will get a lump sum payment of the exact amount of money Mickelson, who endorses Callaway, wins at Pinehurst.

Mickelson, of course, would have to make the 36-hole cut. A missed cut at a major means a golfer goes home without a check.

Consumers who demo the product will be given a code and entered into a random drawing. The winner will win whatever Mickelson wins. If he wins the U.S. Open, Mickelson and the lucky consumer will win $1.5 million.

Mickelson has come through for everyday golfers before. In 2010, golf retailer Golfsmith offered a full refund on Callaway drivers purchased in the month before the Masters if Mickelson won. He did, and the company paid back $1 million in refunds.

Last month, Callaway reported that sales of its woods, irons and golf balls were all up more than 20 percent over the past three months, but the company stressed that challenging market conditions and heavy promotional activity would result in sales that could trend down as much as 5 percent in the upcoming quarter.

Earlier this week, Golf Galaxy, one of the nation's largest golf retailers, reported that its earnings were down more than 10 percent compared to last year.