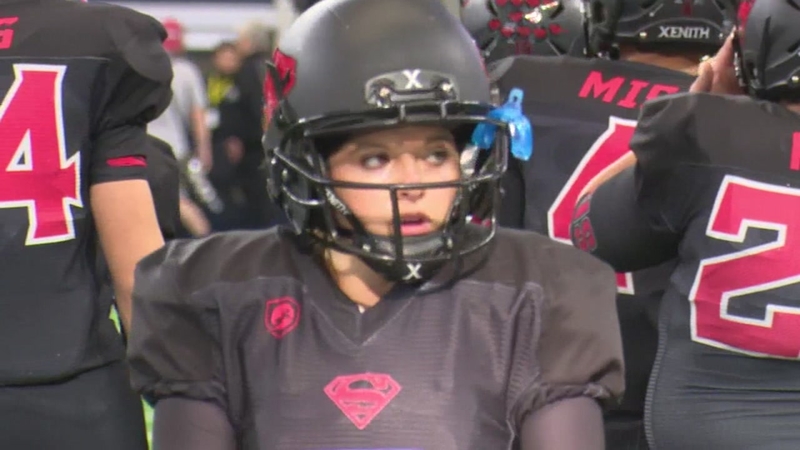 K-Lani Nava from the small town of Strawn, west of Dallas, is a kicker for the high school's six man team.

They played in the Division II title game in Dallas Wednesday night.

Playing on the home field of the Dallas Cowboys, Nava kicked nine extra points in Strawn's 78 to 42 win.

Six-man games typically are higher-scoring than traditional 11-aside games. Extra points are worth two points and field goals are worth four.

On Wednesday, Nava racked up 18 points, thanks to her nine PATs. One of her kicks was blocked, but that did little to sour a history-making day for the former soccer player. She also is believed to be the first female ever to play in a Texas state title game.

Nava is a former soccer player who wants to be a marine biologist.

Her coach says she's just like any other member of the team with a job to do.