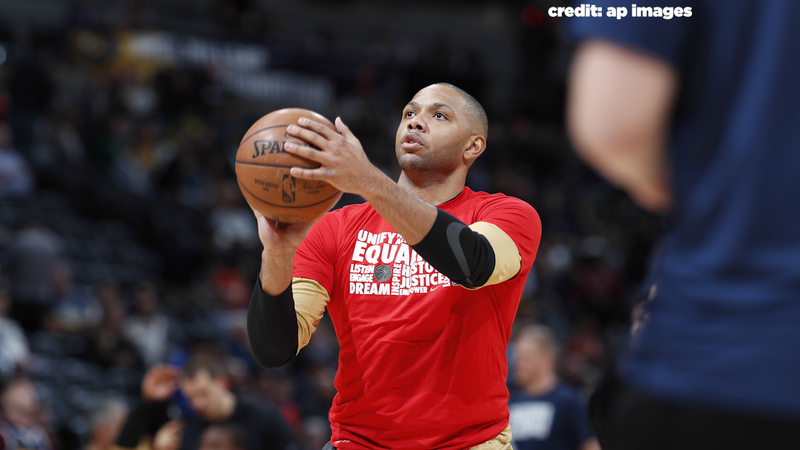 What to know about Rockets guard Eric Gordon

HOUSTON, Texas (KTRK) -- Eric Gordon is staying in Houston for the long haul.

The 2017 6th Man of the Year has agreed to a 4-year, $76 million with the Rockets, according to reports. Gordon was set to enter free agency in the summer of 2020 after originally signing with the Rockets back in 2016.

There is an incentive in Gordon's new deal. According to reports, the fourth year of the contract is non-guaranteed. It will become guaranteed if Gordon either makes the All-Star Team, or the Rockets win the championship before that final year.

Gordon is going into his 12th NBA season. He averaged 16.2 PPG last season while shooting 36 percent from the perimeter.

While Gordon's role has typically been as a sixth man, that fluctuated last season. He appeared started in all 11 playoff games last season, where he elevated his numbers by averaging 17.8 PPG while shooting 40 percent from the perimeter.

According to ESPN, Gordon was one of six players to make 200 three-pointers each of the last three seasons.

While Gordon has somewhat been in trade rumors over the last couple of seasons, the Rockets made his value to the team clear with this contract extension. It is possible he could return to a full-time sixth man with the Rockets' acquisition of Russell Westbrook in July.

The Rockets now have James Harden, Russell Westbrook, Clint Capela and Eric Gordon under contract for the next three season. Daryl Morey and the front office has made it clear this is the core going forward, as the organization hopes to win its first championship in over 20 years.