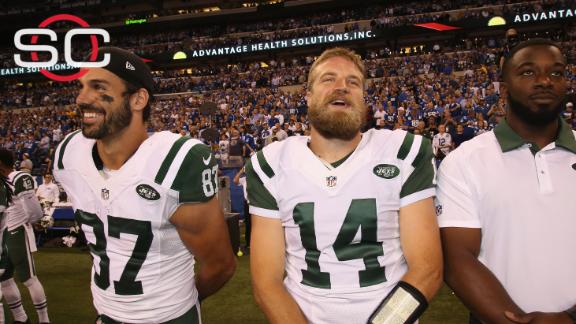 NEW YORK -- Jets wide receiver Eric Decker, who has lobbied throughout the offseason for Ryan Fitzpatrick's return, admitted Tuesday night he was caught off guard by the team's decision to draft quarterback Christian Hackenberg in the second round.

"I was a little surprised, to be honest with you," Decker said at a charity event in Manhattan, where he was honored by the United Way of New York City. "But Mike [Maccagnan, the general manager] and his scouts do their research and homework for a reason and they saw something special with him. I guess they wanted him earlier than later."

The Hackenberg selection added another layer to the Jets' quarterback drama, which has been focused on the unsigned Fitzpatrick. Several teammates have come out publicly in support of Fitzpatrick, who is locked in a contract impasse with the organization.

Decker said Fitzpatrick is the right man for the job.

"Just because of the camaraderie I built and the relationship we had last year, and what we can build upon, I think he definitely is the right man for the type of team we have now," Decker said.

"It's a team that's ready to win now, and we need someone with a veteran presence at the quarterback position. My job is to catch the ball, but obviously, I want what's best for the team -- and that relationship I want as well."

The Jets are an older team, especially on offense. The unit is led by Decker, 29, and fellow receiver Brandon Marshall, 32.

Fitzpatrick, 33, who galvanized the offense after replacing the injured Geno Smith in the preseason, is coming off a career year. The front office says it wants to re-sign him as the starter, but the two sides remain far apart.

Owner Woody Johnson said the team is in no hurry to resolve the situation.

"By training camp, you've really got to have your quarterback in there," he said earlier Tuesday at a charity event. "We've got some time here. Training camp is not for another couple of months. I don't think there's any real urgency at this point."

For now, Smith is the No. 1 quarterback, followed by Bryce Petty, who was a fourth-round pick last year, and Hackenberg. Smith, who attended the evening event to support Decker, declined to comment on any football-related matters, saying he didn't want to detract from Decker's night.

Hall of Famer Joe Namath, the only quarterback in Jets history to win a Super Bowl, threw his support to Fitzpatrick.

"Yeah, because the team wants him," Namath said. "They did well last year. They respect him, the way he carries himself and puts them in good situations. Fitz, if he improves a little bit with his passing, they can be a quality, defensive [led] playoff team. But he has to improve, and the rest of the team has to improve." 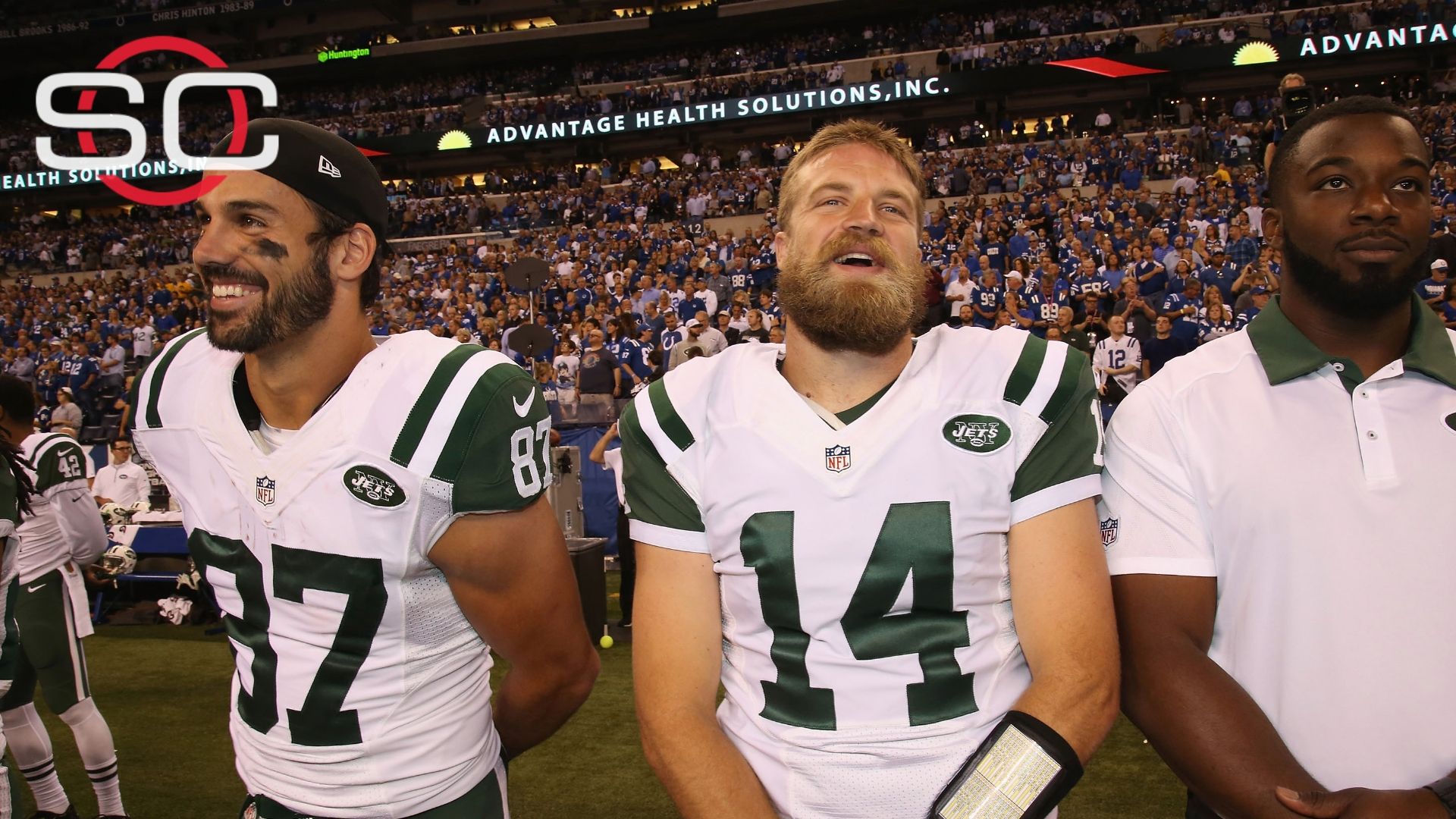