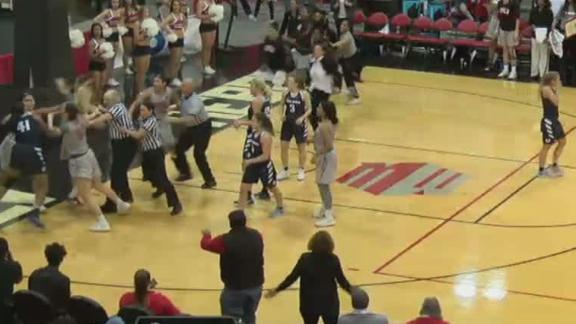 The melee broke out after UNLV's Katie Powell and Utah State's Antoina Robinson began to scuffle in the third quarter shortly after the Lady Rebels' Brooke Johnson was fouled.

"Throughout the game, [Robinson] was playing a little dirty. Words were exchanged. I just told her to chill out," Powell told the Las Vegas Review-Journal after the game. "And then we came to the other side of the floor. Brooke got fouled. I was walking to go help her up. She bumped me and then pushed me, and then I just kind of swung at her."

Players from both teams rushed toward the scrum as the referees tried to separate the two.

"I just kind of saw both of them go at each other, and I just got in the middle of them to push them apart," Johnson said. "I had Katie, and then she tripped over someone after the next person came."

Four players from each side were ejected.

The Lady Rebels finished the game with only six players but won the game in overtime 55-53.

"I thought our team did a great job of reigning everything back in and staying dialed in [with] what we were saying," Olivier said. 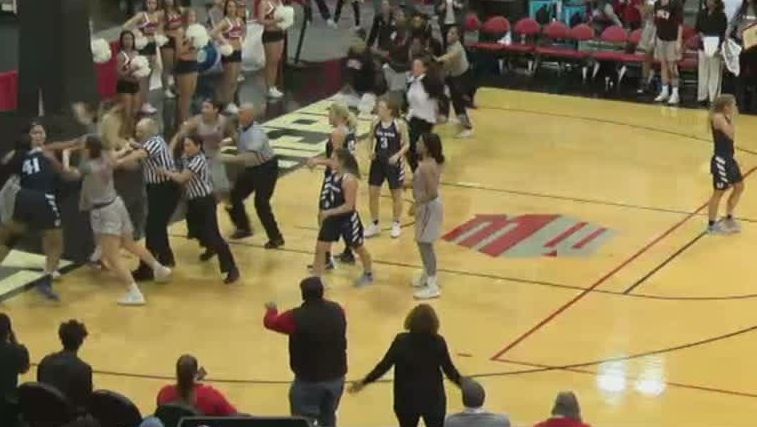