Earnhardt pulled over for speeding to NASCAR race at Texas 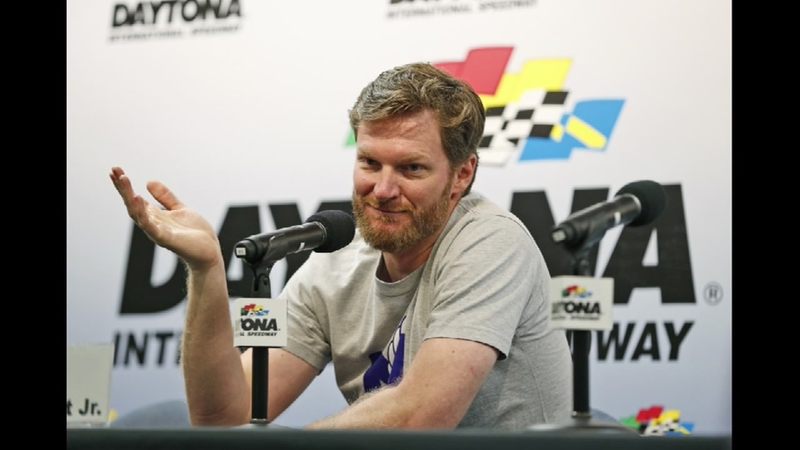 FORT WORTH -- Dale Earnhardt Jr. is still driving fast, even though he has been sidelined from the NASCAR Sprint Cup Series because of a concussion.

Earnhardt was pulled over for speeding while driving to Texas Motor Speedway on Sunday morning before the AAA Texas 500.

His fiancee, Amy Reimann, who was in the car with him, posted a picture on Twitter of a police officer writing out a warning for NASCAR's most popular driver. According to her tweet, Earnhardt didn't get ticketed. She didn't say how fast he was going.

Earnhardt first began experiencing concussion-like symptoms in late July, and said in September he would miss the rest of the season. He plans to be back in No. 88 Chevrolet for Hendrick Motorsports for the start of next season at the Daytona 500.

Even though he's not racing, Earnhardt is still doing appearances at the track, and watches some of the race from the No. 88 pit box.
Related topics:
sportsfort worthnascardriving
Copyright © 2021 by The Associated Press. All Rights Reserved.
TOP STORIES
'She left me to die' Motorcyclist wants to find hit-and-run driver
Father and 2 children critically injured in crash on Hardy Toll Road
Man shot as driver followed common-law wife, then crashed, HPD says
Unseasonably warm weekend, next front arrives Monday
Money in Lakewood Church wall may be tied to 2014 theft, HPD says
Parents of alleged MI school shooter arrested, authorities say
How unusual to charge parents in school shooting? EXPLAINED
Show More
Man drives to gas station after being shot in head on northwest side
Homeowners burn down house in attempt to get rid of snakes
Contact tracing revs up as omicron cases detected in several US states
UH could turn national title picture upside-down if it beats Cincy
Battleship Texas open to the public 1 last time this weekend
More TOP STORIES News