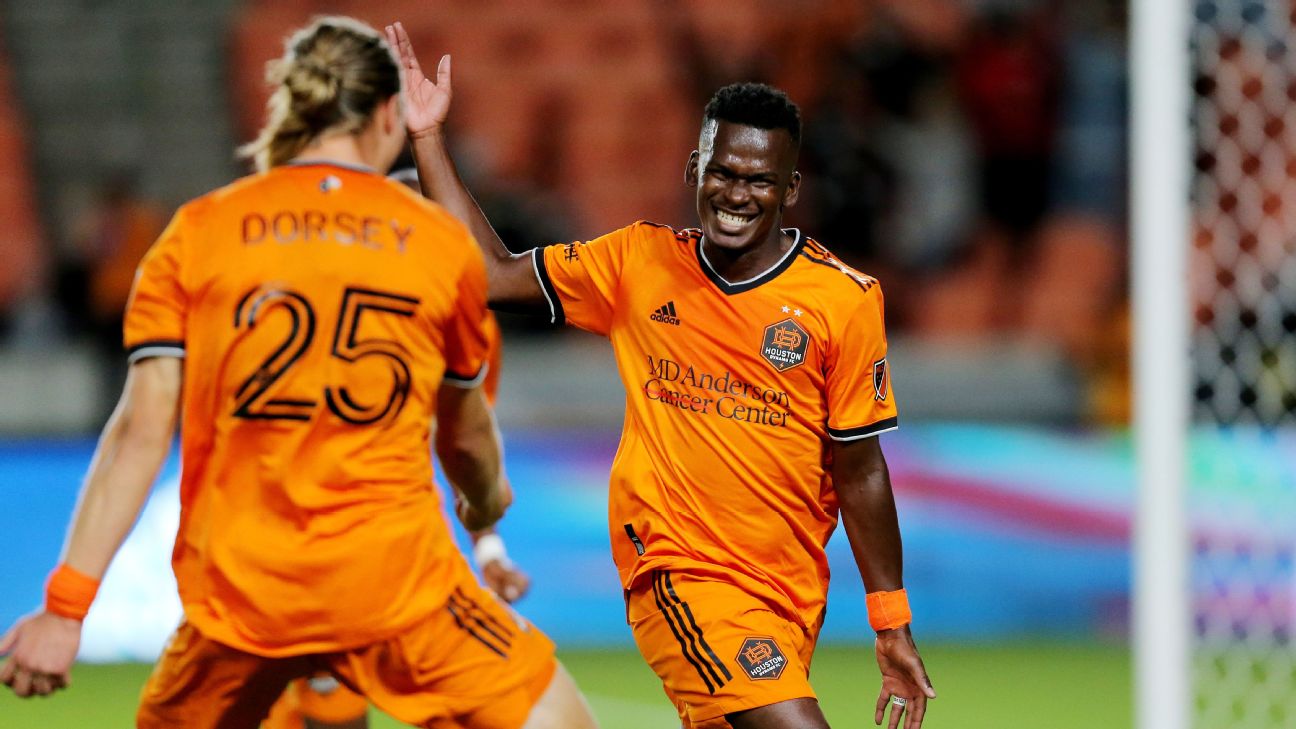 The Houston Dynamo have had a season they'd mostly like to forget, languishing near the bottom of Major League Soccer's Western Conference and on the brink of elimination from playoff contention.

But they handed the top team in the West, the Seattle Sounders, a defeat Saturday night, scoring two early goals and holding on for a 2-1 win in Houston.


Maxi Urruti and Darwin Quintero tallied goals in the 14th and 20th minutes, forcing the Sounders -- the team with the best road record in the conference -- into an uphill battle the rest of the way.

Jimmy Medranda made it 2-1 in the 41st minute, scoring off a free kick that came out to him for a blast into the right corner of the net. Fredy Montero missed a dipping free kick before halftime, and the Sounders couldn't put it in goal in the second half.

The Sounders did not have three of their top offensive threats, Raul Ruidiaz, Nico Lodeiro and Jordan Morris. All three are recovering from either long-term or short-term injuries.

The Sounders have allowed just 25 goals this season, including the two on Saturday, and that is still the fewest in the league.