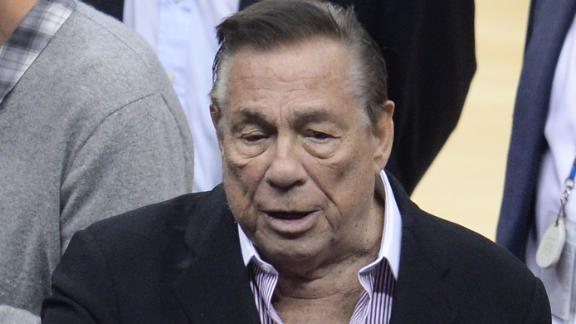 LOS ANGELES -- An appellate court caught in an extraordinary legal snafu refused Friday to consider Donald Sterling's request to block the $2 billion sale of the Los Angeles Clippers to former Microsoft CEO Steve Ballmer but said he could file it again.

In a purely procedural move, Superior Court Judge Michael Levanas withdrew his final statement of decision in the probate case between Sterling and his estranged wife Shelly Sterling over the impending sale of the team.

"The petition is denied without prejudice to re-filing at the appropriate time in that presently there is nothing for this court to review," said the three-judge appellate panel in a ruling issued late Friday.

The reason was a series of miscommunications between the judge and the lawyers for Donald Sterling, who had asked on Thursday for more time to file objections to his ruling. Having heard no response by noon Friday, they filed their request for a writ of mandate overturning the judge's decision. But three hours later, Levanas withdrew his decision and gave them until next Wednesday to file their objections, said Stephen Smith, a member of Shelly Sterling's legal team.

The end result is that Friday's events were a dress rehearsal for a legal drama likely to be concluded next week. Donald Sterling's lawyers will file their objections. The judge will write his final statement of decision with or without changes and the lawyers will then go to the appellate court, Smith said.

He acknowledged it was all quite confusing.

"This case certainly has a lot of moving parts," Smith said.

Lawyers for Sterling had asked the Second District Court of Appeal to stay Levanas' ruling that cleared the way for the sale. They said the judge prematurely finalized his ruling so the sale can be completed without a chance to appeal.

Sterling's appellate lawyers said in their request for a writ of mandate that if the sale goes through, "Donald will have lost a unique and irretrievable asset: a trophy asset' coveted by high net worth individuals around the world -- one of thirty NBA franchises in the country, and one that under Donald's thirty-year ownership has recently become one of the most successful."

The main complaint of the appellants is the judge's decision to allow the sale to go forward with no time for an appeal. He used a section of law that bars a stay of his decision. Given that provision, it was unclear if the appeal would have any effect. The sale could conceivably go forward while the appeal makes its way through the courts.

Adam Streisand, the attorney for Ballmer, said in a statement: "We won this trial because Donald Sterling is on an egotistical crusade to destroy the Clippers if he can't keep the team, and he can't. We will win the appeal for the very same reason."

"Donald's petition for writ of mandate is another desperate act by a desperate man," the statement said. "The decision by Judge ... Levanas -- after three weeks of trial -- is a correct decision on the law and the undisputed evidence. Donald will do anything to kill the record-shattering $2B sale of the Clippers. His petition is frivolous."

The appellate lawyers who filed the writ petition late Friday afternoon acknowledged that Donald Sterling has a public image problem.

"Admittedly, in light of recent events, Donald Sterling does not cut a sympathetic figure," his appellate lawyers wrote. "But the issues raised by the trial court's decision here impact more than just him, and involve core issues of probate law and the right to appellate review."

Shelly Sterling negotiated the record sale after the NBA banned the 80-year-old billionaire for making offensive remarks about blacks.

"The nature of the trial court's order all but guarantees that this court will never review this matter by appeal," the lawyers said. "lf the sale of the Clippers is not stayed, the team is likely to be sold before any appeal could be brought or decided, rendering Donald's appeal rights hollow. This is a textbook example of irreparable harm, and cries out for writ relief."

The writ filed by the Donald Sterling legal team demanded an immediate stay of the judge's ruling. It said that in the absence of a stay, the sale could go forward immediately. It noted that the NBA plans to meet on Aug. 15 to approve the sale.

Addressing the ruling by Levanas, the document said his action "was unreasonable, arbitrary, a prejudicial abuse of discretion, and manifestly against the law."

The 39-page filing challenged the opinions of two doctors who examined Donald Sterling and who said he had the beginnings of Alzheimer's disease, rendering him incompetent to handle his own business affairs.

The filing said the examinations were "insufficient to support a determination of incapacity" and said Shelly Sterling improperly removed her estranged husband as a trustee of the Sterling family trust.