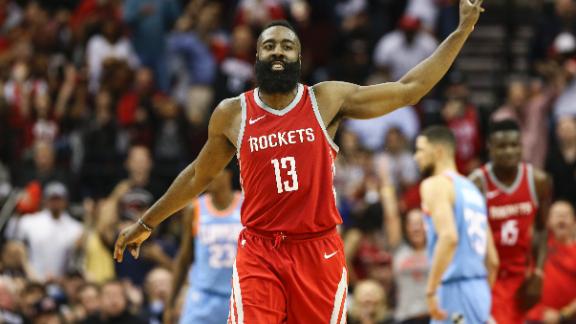 HOUSTON --LA Clippers coach Doc Rivers was fined $15,000 Friday after he called the free throw discrepancy in Thursday's 101-96 loss to the Houston Rockets "a complete joke."

"I don't say much about officiating," Rivers said to preface his complaints. "They shot 41 3s, we shot 18. We doubled them in the amount of points in the paint. And it was 24-8 in free throws. That's a joke. That's a complete joke."

The Rockets actually had a 23-8 advantage in free throws attempted, but Rivers' point was that the Clippers earned several more trips to the line.

"I thought our guys drove and got hit all game," Rivers said. "Lou [Williams] down the stretch got killed on a play and no call. Austin [Rivers] gets hit and no call. DJ [DeAndre Jordan] gets fouled over the back.

"I haven't [complained about officiating] all year. Our guys played their hearts out. But for them to shoot that many more free throws than us, and we're the team attacking, it just doesn't make basketball sense to me. It is what it is, and we have to move on."

While he hasn't been as vocal this season as in previous seasons,Rivers did voice displeasure with the officiating after being ejected late in a Jan. 22 loss to the Minnesota Timberwolves.

The Rockets won despite an uncharacteristically rough offensive outing. Houston shot only 38.9 percent from the floor and 29.3 percent from 3-point range.

"It wasn't pretty, but we'll take it," said Rockets star James Harden, who scored a team-high 24 points and attempted as many free throws as the Clippers. "Some games you're going to look prettier than others."