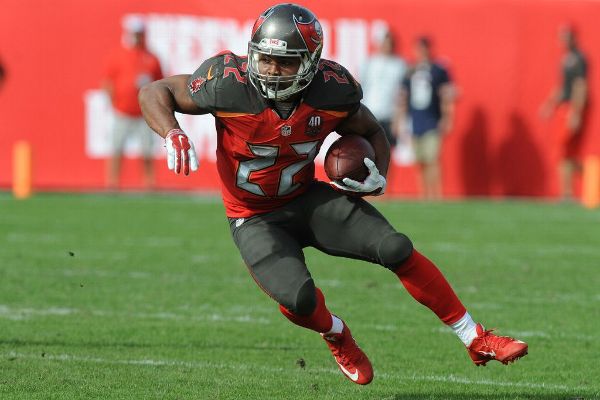 TAMPA, Fla. -- Two days after Tampa Bay Buccaneersrunning back Doug Martin was made a healthy scratch against the New Orleans Saints before a game that would essentially decide whether the Bucs reached the playoffs, coach Dirk Koetter stood by his decision and his previous defense of Martin.

He wouldn't say what it means going forward, though.

"As I said last week, we made a decision for the Saints game based on what I thought was best for our team that week, and we'll do the same thing this week," Koetter said. "We'll make the decision, not just at running back, but at every position."

Koetter declined to say what direction the team will go for Sunday's season finale against the Carolina Panthers--and whether Martin has reason to be concerned about his future with the team.

"I'm not sure if it should cause [concern] or not," Koetter said. "I really have no good answer for you on that. That decision was made. I'll stand by it, and at some point, it'll be apparent what our decision is this week, and I'll stand by that."

Martin, a two-time Pro Bowler and former first-round draft pick, signed a five-year deal during the offseason worth $35.75 million, including $15 million guaranteed. After rushing for 1,402 yards last year -- second-most in the league -- and averaging 4.9 yards per carry, with six rushing touchdowns and a receiving touchdown, Martin's per-carry average has fallen to 2.9 in 2016. He was out six weeks with a hamstring injury, but in six games since his return, he has not looked like himself.

The past several weeks, Koetter has been peppered with questions about Martin's performances. He defended Martin, saying that he has been "running hard," that "we need to play better around him" and "there's nothing wrong with Doug Martin."

Jacquizz Rodgers led the Buccaneers with 63 yards and 1 touchdown on 15 carries in their 31-24 loss to the Saints on Saturday. The Bucsstill have an outside shot at the playoffs, but they must win the season finale, and then they need help in the form of losses by teams.

"I'll stand by the defense," Koetter said. "He is running hard. We do need to get him more lanes. But again, I made the decision that I felt Jacquizz would give us a better opportunity last week. Quizz did a good job when he was in there. People can say whatever they want about what Doug would have been. We don't know. He wasn't in there. I'm not trying to confuse anybody. That's not my intent. I'm trying to put the Bucs in the best position to win games."

Koetter said it boiled down to a numbers game on special teams.

"The thing that most people don't understand is between your wideouts, your tight ends and your running backs, you're probably going to have 12 guys active," Koetter said. "When we got to the point last week where I had to make that decision, all those other guys, the depth chart, we'd been working on the special teams all week. Peyton Barber is on all four special teams, Charles Sims was on some special teams [and] was a backup on all special teams."

When Koetter was asked what Sims' specific responsibilities are with special teams, he responded, "I'm really not going to get into that today because it really doesn't matter."