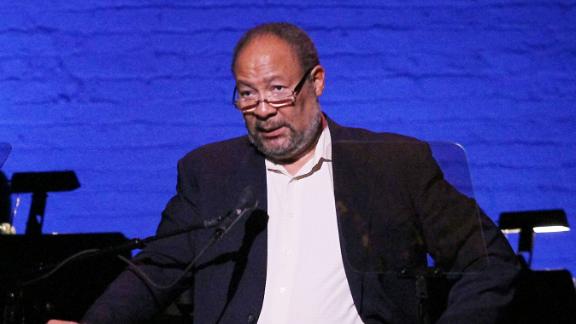 Dick Parsons, the newly appointed interim CEO of the Los Angeles Clippers, said Friday that he intends make coach Doc Rivers a "a full-fledged partner" as he takes command of the franchise while the league determines the fate of owner Donald Sterling, who has been banned for life from the NBA.

Parsons said he's spoken to Rivers extensively this week and intends to lean on him to make basketball decisions for the franchise moving forward. Rivers also holds the title of senior vice president of player personnel.

"Here's what I spoke to Doc about," Parsons said in an interview with ESPN. "When he went out there, as he put it to me, one of the factors was that the then-management said, 'We don't know that much about basketball. You come, you run the basketball operations, we'll run the business.'

"So that's where I am in my head about it. It's still going to be a partnership. At the end of the day, somebody is going to have to sign off on all these decisions and that'll be me, because I'll be the CEO. But I plan to make him a full-fledged partner in this.

"I said this to Doc explicitly, 'I haven't the foggiest idea of what to do in the draft.' I'm going to be looking to him to figure that out, and we'll work on this as partners.'"

Parsons, a former chairman of CitiGroup and Time Warner who currently is a senior adviser at Providence Equity Partners and sits on the board of directors for the Commission on Presidential Debates, said he has been discussing this role with the NBA since Monday, when he was approached by commissioner Adam Silver.

He accepted the role because "Adam is a good man and he's trying to do the right thing and he said he can use some help."

Parsons said he will arrive in Los Angeles on Sunday night and expects to be in town at least once a week during the transition period.

"Job 1 has already been done," he said. "Talk to Doc Rivers, tell him where I'm coming from, ask about his needs and perceptions and have him give some messages to the team. You don't want to land and become a distraction. They're in the middle of a playoff run.

"Job 2 is to meet with the other employees who have been sitting at ground zero for 10 days. Nobody's reached out to them, they don't know which end is up. Just kind of give them a sense that what they've done has been appreciated, is appreciated, they've shown some character and kept this thing afloat and moving in the right direction. I want to hear from them what they think needs to happen to help steady the ship and keep it on the course that it's been of late."

Parsons said he reports directly to the NBA, and is effectively the "proxy owner" of the team while the board of governors continue the process of divesting Sterling from his ownership stake in the team.

A graduate of the University of Hawaii, where he played basketball, Parsons earned a law degree from Albany Law School in 1971 and became a staff lawyer for New York Governor Nelson Rockefeller. He moved to Washington when Rockefeller was appointed vice president, and also worked closely with President Gerald Ford.

Silver said in a statement that Parsons "will bring extraordinary leadership and immediate stability to the Clippers organization.''

The role of Sterling's wife, Shelly, in the team's future remains to be sorted out. She has made it clear both to the league and publicly that she intends to keep her 50 percent stake in the team, which is owned by a family trust. She's also issued statements of support for the league's actions in banning her husband for racist statements he made that were published by TMZ.

"I conferred with NBA commissioner Adam Silver this morning and endorsed the league's choice of Richard Parsons as interim chief executive officer of the Los Angeles Clippers," Shelly Sterling said in a statement. "Mr. Parsons has impressive management credentials in the important fields of the media, finance and professional sports. He is an ideal choice to run the franchise until the ownership issues are clarified."

Parsons, who is black, said he intends to reach out to Shelly Sterling soon and will "work cooperatively, collaboratively and collegially with all the stakeholders. All the stakeholders who haven't been banned."

During a radio interview on the "Mason and Ireland Show" on ESPNLA 710, Shelly Sterling's attorney Pierce O'Donnell said that Shelly wants "a terrific professional investor group to come in and run the company" and would be a "passive owner" going forward.

"She helped build this family fortune that was able to buy the Clippers and for 33 years she's been a co-owner and avid fan," O'Donnell said. "We're conferring with the NBA. We've been cooperative. We've supported their decisions."

O'Donnell said that Shelly Sterling intends to attend Game 3 of the team's first-round playoff series Friday night against the Clippers and doesn't believe she will be a distraction to the team.

"If you tell me a 79-year-old woman coming to a game is a distraction, I think they better focus on (Kevin) Durant and (Russell) Westbrook," she said. "That's the problem."

Information from ESPNLosAngeles.com's Arash Markazi, ESPN.com's J.A. Adande and The Associated Press was used in this report.