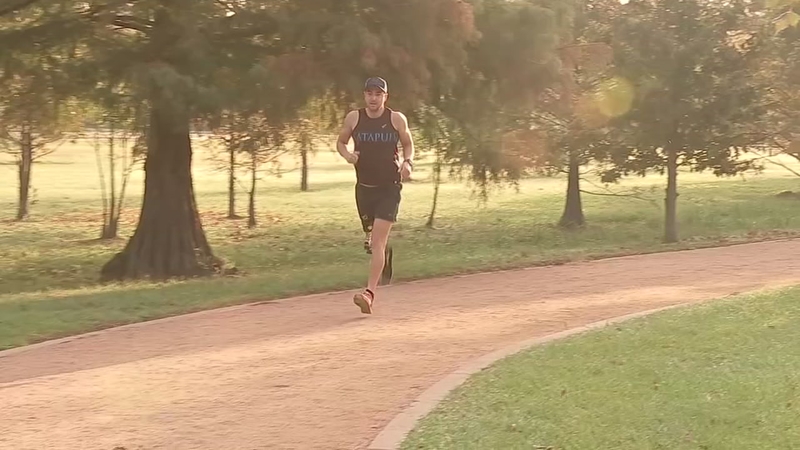 HOUSTON, Texas -- Growing up as the youngest of three boys, Mark Barr's childhood revolved around everything sports, until a devastating diagnosis.

"At age 14, I was diagnosed with osteosarcoma bone cancer," Barr said.

The cancer was in his knee and spreading.

"My biggest concern with cancer was not being able to do sports afterwards," Mark said.

After a year of chemotherapy, doctors told Barr that in order to survive, they would have to amputate his right leg.

"It was devastating, totally traumatizing.You don't know what the rest of your life has in store as an amputee," Barr said.

Barr met a nurse who was an amputee herself and she introduced him to the Paralympics.

He went on to not only beat his battle with cancer, but he also became a three-time Paralympian, competing in Athens, Beijing, and Rio de Janeiro summer Olympics.

This year, Barr is running the Aramco Houston Half Marathon with Team Catapult, a local nonprofit that helps physically challenged individuals excel in endurance sports.

And when he's not training on the track, he inspires his own patients as a full-time trauma nurse at Ben Taub Hospital.

"I never forgot that unique bond that we had, that I developed with the nurses that cared for me," he said. "So if I can do that for somebody else, that means the world to me."