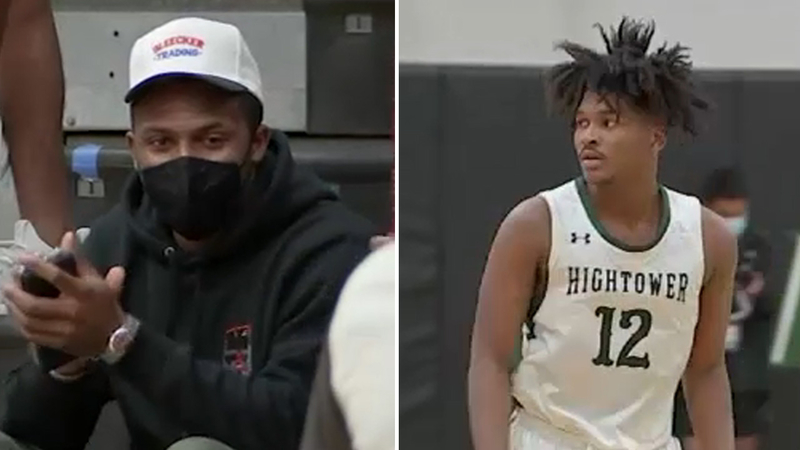 MISSOURI CITY, Texas (KTRK) -- Despite all the questions surrounding his own future in Houston, Texans quarterback Deshaun Watson is supporting other local athletes in the city.

You might even say Watson is showing up for the young stars of the future.

On Tuesday night, he was front and center in the stands as the Hightower Hurricanes took on the Foster Falcons in a game that decided the district championship.

The Falcons led most of the game, but Hightower managed to secure the victory 70 to 65 in overtime.
Still, it's not unusual for Watson or any professional athletes to go to Hightower basketball games as the team boasts one of the best point guards in the nation in the class of 2022, Bryce Griggs.

Griggs has another big name supporter in recording artist and producer CHASE B.

CHASE B, who has collaborated with Houston native and rapper Travis Scott, noted Hightower's and Griggs' success in his Instagram Stories from the game Tuesday night.

"Good dub from my boy. Stay locked in," he posted. 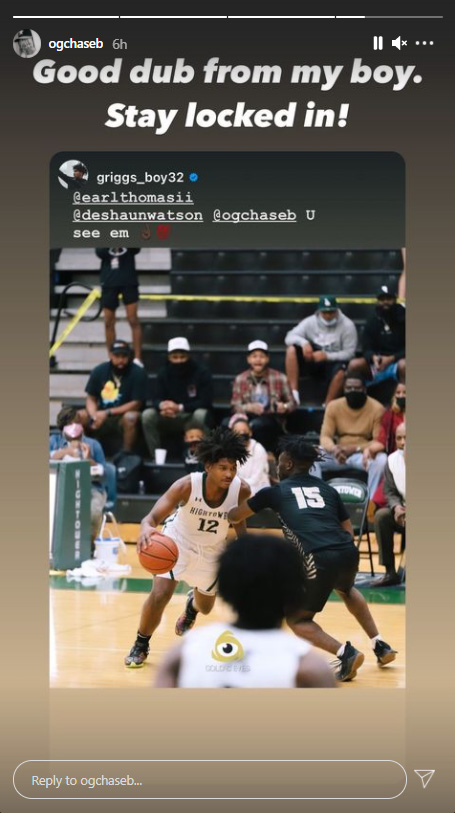 Griggs, who has nearly 92,000 followers on Instagram, is also followed by the Houston Rockets' P.J. Tucker.

This is Houston Mayor Sylvester Turner's message to Deshaun Watson, who reportedly wants out from the Texans.

The Texans quarterback is one of the owners of the chain, which opened a Federal Road location on Jan. 5.

Hours after one Texans legend made comments about the current quarterback's situation, the two were seen together at the Rockets game, and the legend doubled down.