Deshaun Watson: Ref said he was protecting me on sack 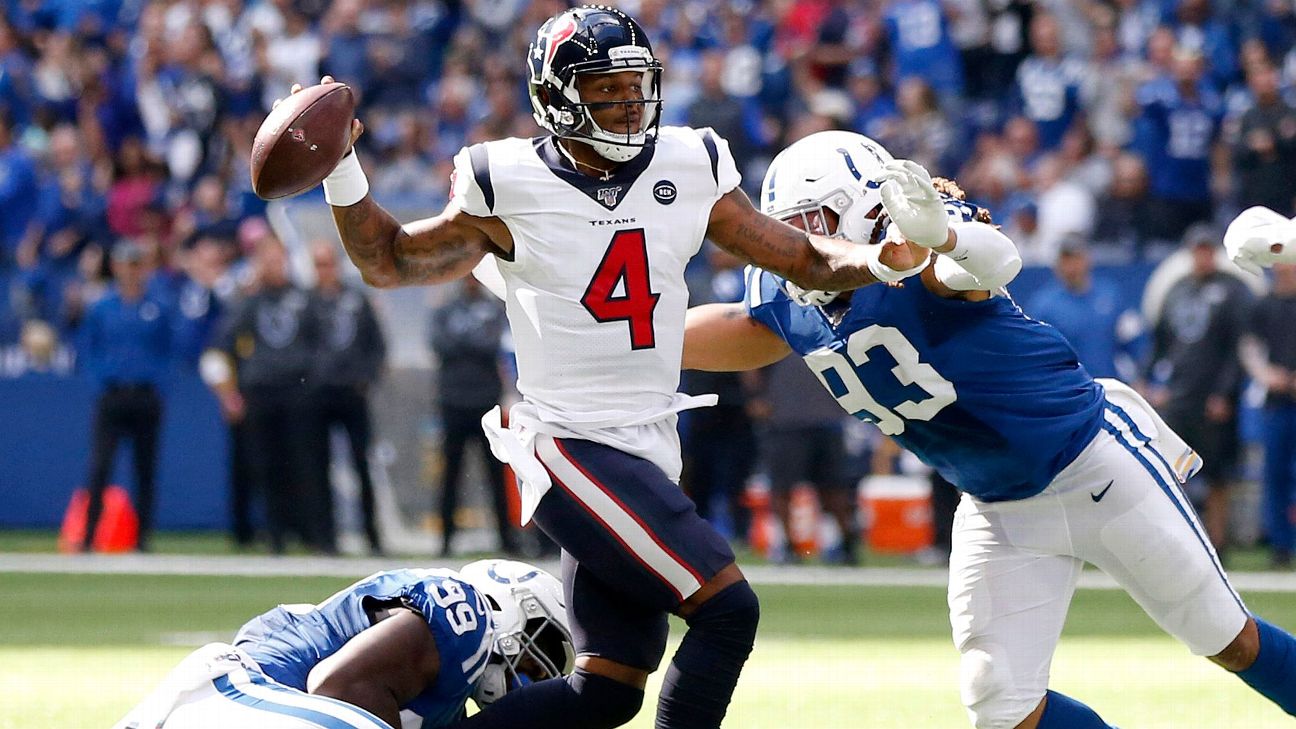 INDIANAPOLIS -- Houston Texans quarterback Deshaun Watson said a key in-the-grasp sack call was the result of the referee looking out for him, but it cost his team big time.

The Texans were trailing the Colts 7-3 in the second quarter when they appeared to take the lead on a 4-yard touchdown pass from Watson to DeAndre Hopkins.

On third and goal, after recovering a Jacoby Brissett fumble, Watson appeared to barely escape pressure and throw while he was getting hit, before finding Hopkins in the end zone. But Watson was ruled down, resulting in a sack.

Watson said the referee told him he was trying to protect him on the play, but that he "went back and forth with the ref" over what should have been called.

"He said that I was down," said Watson, after the 30-23 loss to the Colts. "I don't -- If you watch the tape of all the plays that I extend and make plays, especially in the red zone. I mean. He said he was trying to protect my health, so, it goes back and forth. But hey, that's the call he made. We have to live with it."

Houston kicked a field goal on the next play. Watson said the score "would have made a big difference" in the game. The loss dropped the Texans to 4-3 and second place in the AFC South.

Watson completed 23-of-34 passes for 308 yards, with a touchdown and two interceptions.

When Texans coach Bill O'Brien was asked about the call after the game, he said: "No officiating. I'm not going to answer any officiating questions."
Report a correction or typo
Related topics:
sportsespnhouston texansnfldeshaun watson
Copyright © 2020 ESPN Internet Ventures. All rights reserved.
More Videos
From CNN Newsource affiliates
TOP STORIES