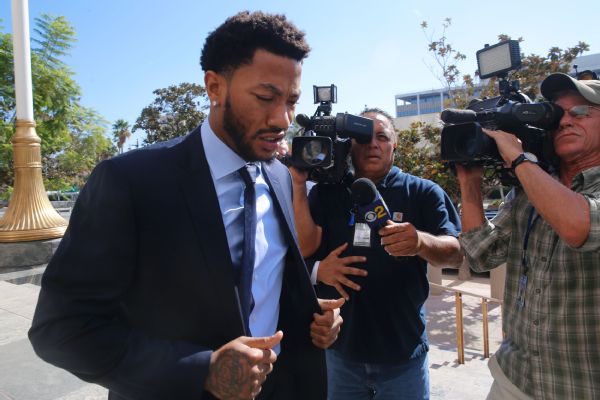 Derrick Rose is seeking to recoup $70,000 in court costs from the woman who accused Rose and two friends of rape in a civil trial last month. A jury rejected the woman's $21.5 million lawsuit, finding Rose and his two friends not liable.

The winner of a civil trial is allowed to ask the court to require the loser of the case to pay some court costs, which Rose's legal team requested in recent court documents.

"After a two-week jury trial, unanimous verdict and judgment in their favor on all nine claims, Mr. Rose, Mr. [Ryan] Allen, and Mr. [Randall] Hampton are unquestionably the prevailing party entitled to the tiny fraction of the actual expenses they necessarily incurred in defending themselves against Plaintiff's false claims against them," the request read.

Rose's legal team also revealed in the documents that the accuser plans to appeal the jury's ruling.

Rose's lawyers questioned the merit of the appeal and questioned the accuser's claims of financial hardship in court documents, noting that she is a home owner and owns a car.

The woman originally sued Rose and his two friends for $21.5 million, alleging she was raped in August 2013.

A nine-person jury ruled in October that Rose and his two friends were not liable.

Rose missed more than two weeks of the preseason with theNew York Knickswhile attending the trial in Los Angeles.