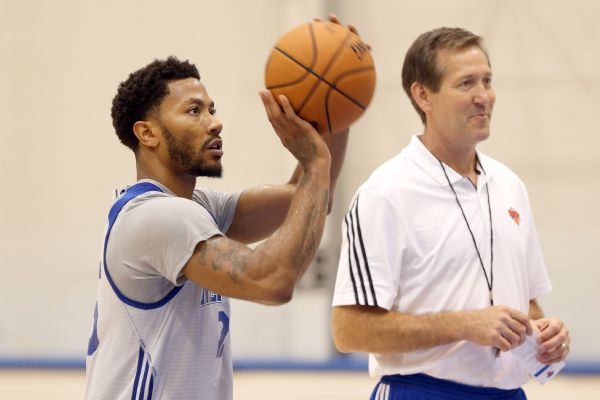 GREENBURGH, N.Y. -- Derrick Roserejoined the New York Knicks on Saturday, eager to put his civil trial behind him and get back to playing basketball.

Rose was with the team for the first time since Oct. 4, when he left for his trial in Los Angeles after a preseason game in Houston.

Rose and two friends were found not liable in a civil lawsuit that accused them of gang-raping Rose's ex-girlfriend when she was incapacitated from drugs or alcohol. Rose and his friends were being sued for $21.5 million.

"The issue was a huge issue. I took it very serious," Rose said after Saturday's practice. "I'm a grown man. I put myself in this situation and I had to get myself out. I was focused the entire time.

"Out of all of this, the only thing that really hurt me was missing my son's birthday party, missing his birthday. Those were the two things that I was worried about the most. Not being there with my family ... it hurt. And being there for my son. That was the only thing."

Rose was asked whether he felt vindicated after maintaining his innocence.

"The only thing I could work on is being a better person, being a better dad, brother, cousin, uncle. Being the best I could be so I could help others."

Saying it felt "like heaven" to be back on the basketball court, Rose enters his first season with the Knicks motivated and excited about a fresh start, both on and off the court.

"It would change anyone," Rose said of the civil lawsuit. "But I spoke on it and this is all behind me now. The only thing I can focus on is worrying about the future. I love being around my teammates. I love the way that we are coming together as a team."

Knicks coach Jeff Hornacek said Rose looked good physically and did not have trouble with the team's schemes.

"He did his homework," said Hornacek, who sent Rose plays to study during the two-week trial and went over some of the offense with his point guard Friday.

Hornacek said "we'll find out," when asked whether Rose can play starter's minutes during Tuesday's season opener against the Cleveland Cavaliers.

"He looks in pretty good shape," Hornacek said. "It may be a situation where we put him in. If he looks like he's tired, we'll get him out and then get him back quickly. Maybe the rotation is a little different as he first comes back."

Rose says he's refocused after being traded from Chicago this summer. The former MVP is entering the final year of his contract and says he wants to prove he is healthy after having three knee surgeries.

"I'm very confident, man," Rose said. "I really believe this why I'm here, to hoop. I still have a lot of confidence in my ability. The confidence never left. If anything [the trial] made me focus a little more, like having time to myself in the gym and just working on things that I think I need to work on.

"We didn't make the playoffs last year. I'm still chasing something right now. I just want to hoop and just let my game speak for itself." 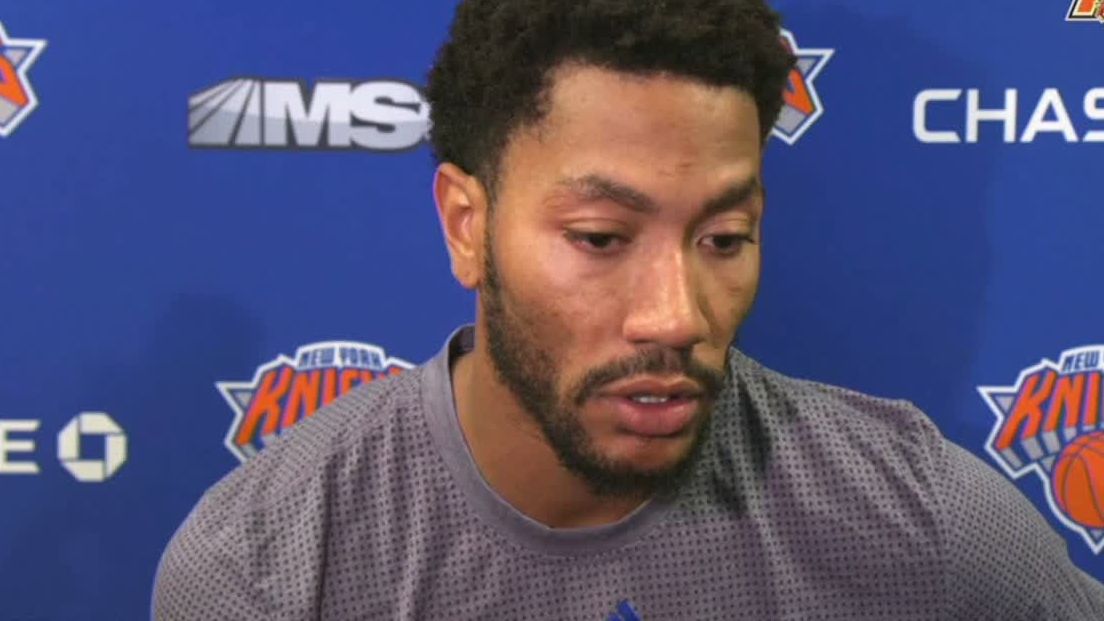