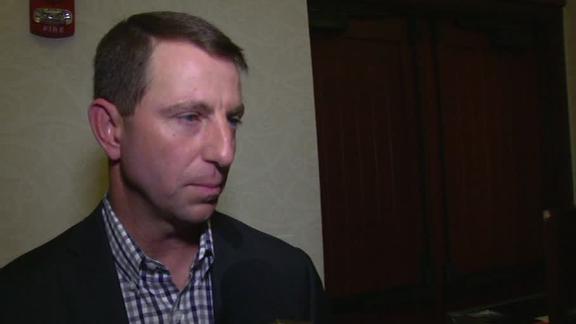 SCOTTSDALE, Ariz. -- Dabo Swinney won't hesitate to hang up some bulletin-board material to motivate his team.

The Clemson coach would prefer, however, that his players not return the favor with comments that might fire up their opponents, as Tigers safety Jadar Johnson did this week when he offered a brutal assessment of Ohio State quarterback J.T. Barrett's strengths and weaknesses.

Swinney said he isn't going to censor his team or silence their opinions, but his message was simple.

Swinney had already issued that challenge privately to Johnson in practice after the safety questioned Barrett's accuracy and arm strength. Johnson now says he is expecting Barrett and the No. 3 Buckeyes to give him their best shot in Saturday's College Football Playoff semifinal.

Barrett, for his part, brushed off Johnson's scouting report in his first news conference since the safety's comments. But the quarterback got a gentle dig in, offering a reminder of what happened to Oklahoma in September when the Sooners called Ohio State's defense "basic." Oklahoma was blown out in its own stadium.

"There wasn't a lot to it, I feel like," Barrett said of Johnson's assessment. "He has his own opinion, which I'm not mad at. I'm comfortable in my skills and what I'm able to do. If he feels like I'm not the best quarterback they went against, I mean, that's just how he feels. I don't have a feeling toward that one way or the other. I mean, I'm OK, really. I feel like it wasn't a lot to talk about. I saw what he said.

"It's not like we're going to hang it up on the game-day bulletin board. We're OK. We're good. You know what I'm saying? We're good. Somebody in the past said something about our defense, and we saw how that went. That's how we feel about that. We're OK. If you want to talk, that's OK. We still have to go play the game."

After almost a month of practice, preparation and news conferences, Saturday's 7 p.m. ET kickoff is finally drawing closer, and the time for talk is almost over.

Johnson, a self-described lover of trash talk who has no trouble speaking his mind, clarified that he "didn't really mean no harm" when evaluating Barrett. But he also doesn't seem to be in any hurry to dial down his opinions anytime soon.

"I wasn't trying to say he sucked or anything," Johnson said. "I was just giving an honest assessment of what I thought his game was. I wasn't taking anything away from him. He's a good player, but every player has strengths and weaknesses, and that was really all I was getting at. I maybe said a little too much. Maybe I shouldn't have said all that. Maybe I should have shut my mouth a little bit. But I said it. I've got to take whatever comes with it.

"I mean, Coach Swinney wasn't really mad. He didn't go off on me or anything. He did tell me that I should watch my mouth and not say too much in the media, because he doesn't want the extra attention. But the players, they didn't really say nothing because they know that's how I am."

The Tigers also know firsthand just how much added incentive can come from potentially inflammatory comments that happen to find a way into opposing locker rooms.

When Deshaun Watson faced similar criticisms from a Notre Dame defensive back last year, those comments were hung up around Clemson's facility, and a video of them being made was played before a team meeting.

"We definitely have used that stuff for motivation, and I'm pretty sure they're using my statement for motivation," Johnson said. "But on the flip side, I know they're getting motivation from that, so it's putting more pressure on me to go have a good game.

"I like to talk trash, but I really wasn't talking any trash about J.T. -- especially a guy I don't even know like that. I don't know him from a can of paint. I just know that as a quarterback he's a winner. He's 26-3 [as a starter] right now, and obviously he's not trash. But I play good under pressure, and I feel like I'm the best under pressure. It's going to make me go out there and play an even better game."

Clearly that's the expectation from Swinney as well, or there might be another conversation coming that won't be nearly as short for Johnson. 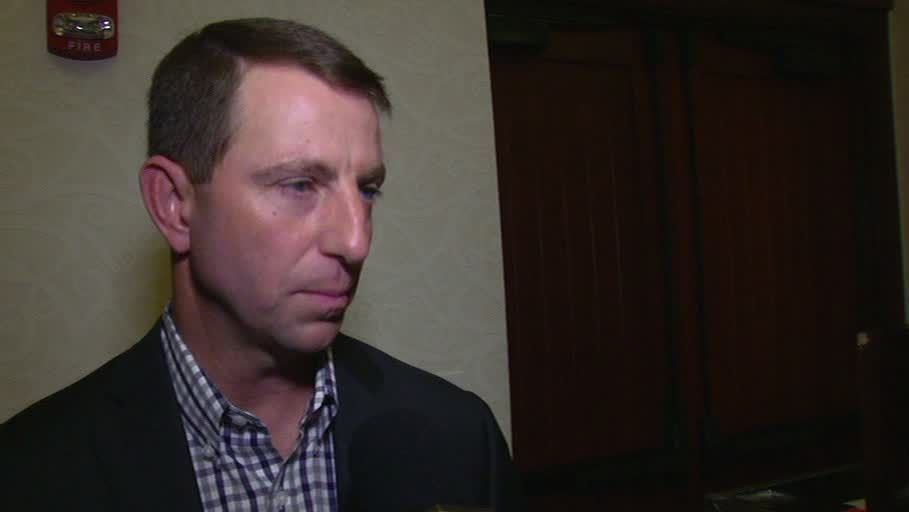 Dabo careful not to 'overprepare' for OSU
Clemson coach Dabo Swinney says balancing the long layoff between the end of the regular season and the Playstation Fiesta Bowl is a challenge, but thinks his team is "right on schedule." 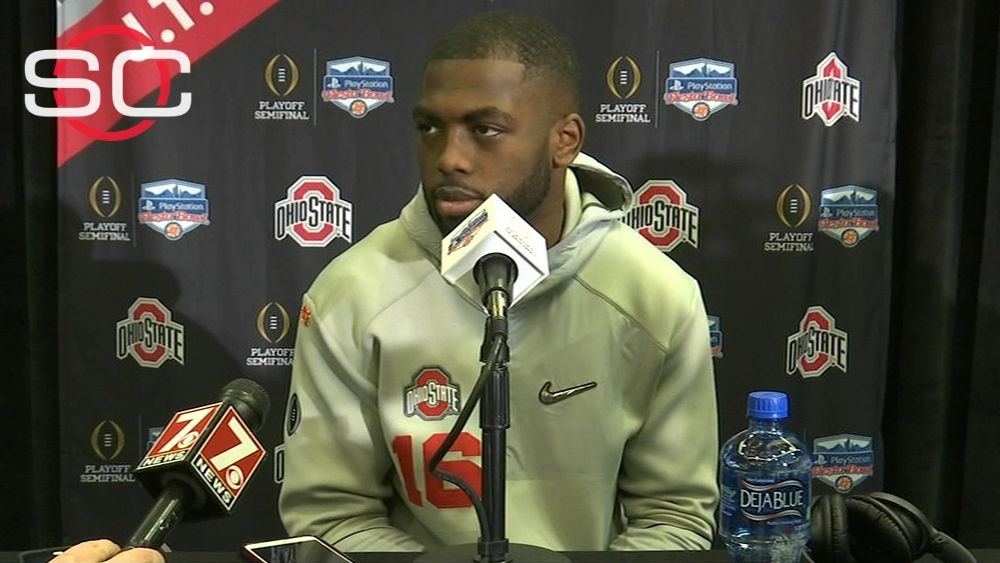 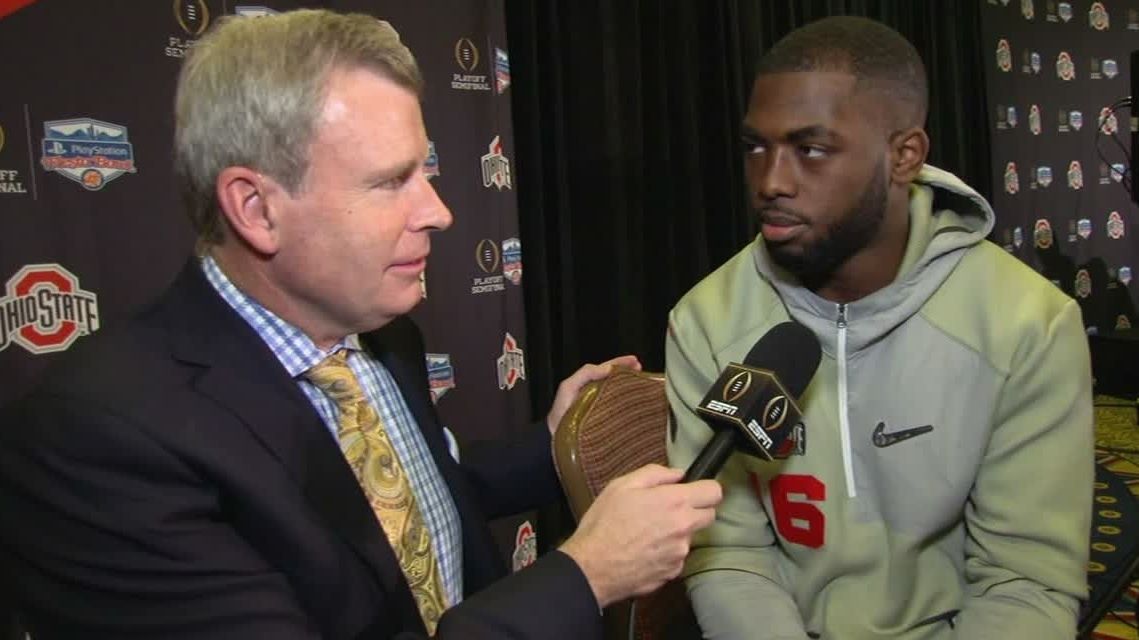