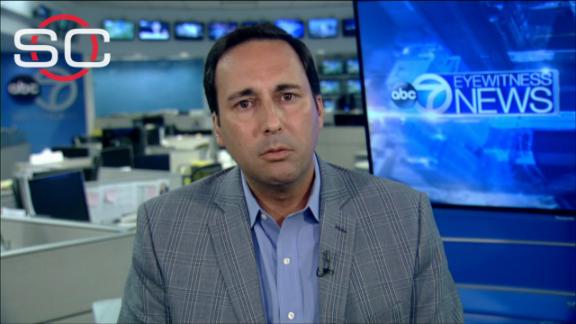 Nebraska punter Sam Foltz died in a car crash on his way home from a kicking camp in Wisconsin, Nebraska chancellor Ronnie Green confirmed to the Omaha World-Heraldon Sunday.

"All of the university of Nebraska is heartbroken," Green told the newspaper. "I don't know what else to say."

Foltz had been serving as a student instructor atKohl's Kicking Camp in Wales, Wisconsin, according to a camp spokesman.

Foltz punted for Nebraska for each of the past three seasons. He won the Big Ten's punter of the year award last fall and was on the Ray Guy Award watch list for the best punter in the country this summer.

He averaged 44.2 yards per punt last season and had 50 career punts of 50 yards or longer.

Foltz, 22, also won Nebraska's Student-Athlete HERO Leadership Award in 2016 and was a four-time member of the university's scholar-athlete honor roll.