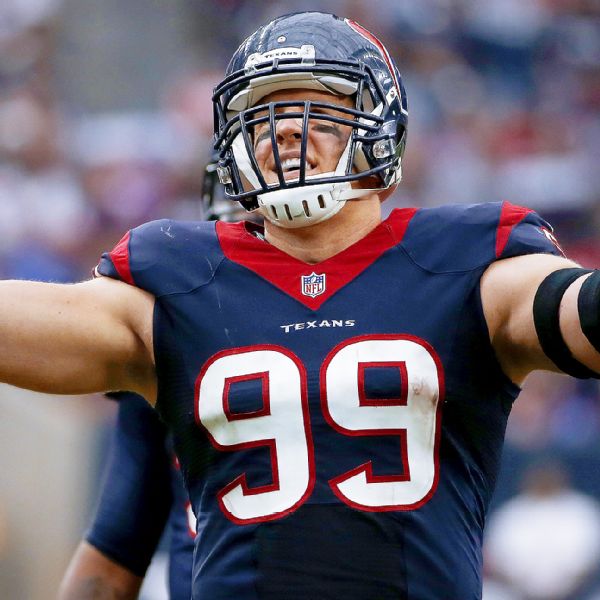 The award annually recognizes players for exceptional community service in their team cities and hometowns.

The winner, who will receive $100,000 for his foundation or a charity of his choice, will be announced Feb. 1 at the NFLPA's annual Super Bowl news conference.

Kaepernick, a free agent, has spoken out on behalf of racial and social justice. He pledged $1 million to organizations working in underserved communities.

The quarterback earned the Week 1 NFLPA Community MVP after making his ninth $100,000 charitable donation to four charities and hosting a back-to-school giveaway in New York.

When Houston was devastated by Hurricane Harvey in August, Watt came to the city's aid. His social media campaign generated more than $37 million in disaster relief.

Dalton and his wife provide financial assistance to families of seriously ill and physically challenged children through the Andy & Jordan Dalton Foundation.

Long, who will be going to his second consecutive Super Bowl, donated his entire 2017 salary to educational initiatives. He was selected the Week 2 NFLPA Community MVP for using six game checks to fund a scholarship program at his high school in Charlottesville, Virginia.