Cloaked in secrecy, Braxton Miller switched to WR to prepare for his NFL dream

ESPN
By Tania Ganguli
Just days after Braxton Miller's NFL dream began, he returned to the place where he secretly reinvented himself and fashioned his NFL future one year ago.

Inside the Woody Hayes Athletic Center, the Jugs machine ejected footballs that Miller caught. The skill was still a bit new to him, but he never tired of working on it.

In some ways his transition from quarterback to receiver has already started to pay off. The Houston Texans drafted the freakish but enigmatic athlete in the third round of the 2016 draft.

But there is so much more he wants.

As he worked to rehab in the fall of 2014 and as other schools tried to recruit him away from Ohio State, Miller hatched a covertplan. His recovering shoulder wouldn't stop him -- he wouldn't let it. The most decorated quarterback in Big Ten history decidedto switch to a position where it didn't matter that his shoulder wasn't healthy enough to throw the football more than 45 yards.

That change, his willingness to adapt, gave Miller an advantage for his NFL career. Many college quarterbacks attempt this transition. Some do it by choice and some by necessity. It doesn't always work, but Miller is determined to make it work. The Texans, too, think it will. They're expecting Miller's ability as a receiver to grow and to add a dynamic dimension to their offense.

"I'm working toward something special here," Miller said. "I'm ready to showcase my talents. I'm ready to be one of the best draft picks they've picked. ... No time to waste."

More quarterbacks have failed in trying to change positions than have succeeded.

Unwilling to switch, former Kansas State quarterback Collin Klein went undrafted and got just a tryout at Houston's rookie minicamp three years ago. Former Buckeyes quarterback Terrelle Pryor began his NFL career as a quarterback and recently began attempting the switch to receiver. The Jaguars drafted former Arkansas quarterback Matt Jones as a wide receiver in the first round in 2005, but he failed partially due to drug arrests.

Success stories include the retired Hines Ward, who played 14 seasons as a receiver with the Steelers, Antwaan Randle El, who played nine years as a skill player, and Patriots receiver Julian Edelman.

Edelman was a quarterback at College of San Mateo and then Kent State. The New England Patriots drafted him in the seventh round in 2009 and he's now a focal point of their offense.

"The thing with Julian and his transition is he had unbelievable traits of work ethic, and some intangibles of just being very driven, that really allowed him to be able to work so hard to transition into the position so well," said Chad O'Shea, the Patriots receivers coach who held the same position when Edelman was drafted.

"... He had a great skill set as far as his change of direction skills, which was noticeable at the beginning. Everything else was very raw, because he didn't do it, he didn't line up as a receiver. He was a quarterback."

Once Miller realized he wouldn't be able to play quarterback at the level he wanted, he sought a change.

"He went to Urban [Meyer, Ohio State head coach] and said this is what I want to do," said Zach Smith, Ohio State's receivers coach. "'I want to play receiver. It's my last year. I don't want to risk my shoulder. ... I want to start this transformation so I'm a year ahead of the game.'"

There was no question his athletic ability would translate. It helped make him a two-time Big Ten offensive player of the year as a quarterback.

"Watching him with the ball in his hands, [I was] going, 'This kid is a freakshow. He's a video game,'" said Tom Herman, Ohio State's offensive coordinator from 2012 to 2014. "'He's the most explosive, dynamic athlete I'd ever seen on a football field.'"

Herman, now the head coach at the University of Houston, taught Miller how to rely on his arms more than his legs, while trying not to stifle the weapon he had in Miller's athleticism. He taught Miller how to prepare as a big-time college quarterback. Ohio State lost only two games in Miller's sophomore and junior seasons combined -- the Big Ten championship game and the Orange Bowl.

In the Orange Bowl, Miller suffered the first of two injuries that changed the course of his career. Herman believes Miller could have been an NFL starting quarterback were it not for his two shoulder injuries.

In that Orange Bowl, Miller fell on his elbow and pain shot up his right arm. He finished the game, but played with a tear in his labrum that needed surgery.

He returned to football that summer, but his good health was short-lived. He re-aggravated the same shoulder during a routine 10-yard pass in a scrimmage in August of 2014. That the second injury happened without contact, without much exertion at all haunted him.

"I had to figure out what I was going to do," Miller said. "It was a lot of dark nights, a lot of lows. It was just a tragic situation I've never been through."

His physical therapist Kevin Wilk was the first person he told about his potential position change during the fall of 2014.

What if his arm didn't recover fully? What if he couldn't throw like he used to?

"I feel like he was worried about that happening again a third time," former Ohio State receiver Michael Thomas said.

Miller slowly started sharing his plan with his teammates. Sometimes he'd catch a few passes from the other quarterbacks in the spring of 2015, or punts, pretending he was just fooling around. He'd lightly tell Smith, the receivers coach, he was serious.

As he worked to get back and pondered his future at Ohio State, overtures from elsewhere began. Quarterbacks J.T. Barrett and Cardale Jones played so well in Miller's absence, other schools saw an opening for Miller's services. Several SEC teams, Florida State, which had just lost quarterback Jameis Winston to the NFL and Oregon, which just lost Marcus Mariota, had interest, according to a source. They courted him as a quarterback, some suggesting they could better prepare him for the NFL than Ohio State could.

But Miller's heart was in Columbus.

"I was never thinking about leaving," Miller said.

He also never told any other interested school that he was planning to change positions.

That secret stayed within the program.

Receiver looks 'natural to him'

The nighttime workouts started about a year ago at the Woody Hayes Athletic Center.

Miller and a few teammates used their key fobs to get into the multi-million dollar facility after hours, around 8:30 p.m. They'd sometimes stay past 11. Thomas helped with the intricacies of the position. Quarterbacks Jones and Barrett sometimes threw passes for him. Safety Vonn Bell occasionally offered competition.

"He didn't want to have to answer questions," Thomas said, explaining the secrecy.

By June, Miller began working with coaches. He had to see the field differently -- vertically instead of horizontally. He had to shed fat to look more like a receiver. He learned receiver stances, how to stop and start properly, and how to get in and out of the top of a route effectively.

"You get a little nervous," Smith said. "Here's a two-time Big Ten player of the year, one of the most elite athletes in the country and one of the most successful head coaches ever hands him to you and tells you, 'You've got a month and a half. Make him a great receiver.'"

Each new way of moving was awkward at first, but when he got it, he got it quickly.

He had 26 catches for 341 yards in his only season as a receiver. When it ended, his task became convincing NFL teams he could do this professionally.

"What we saw at the Senior Bowl, you saw a guy who has the ability to play the position, and it looked very natural to him," Texans general manager Rick Smith said. "... He's into it, it's important to him, he loves football like Bill [O'Brien] said, so we think that he's got all the skill set that's necessary to be successful at the position."

He was mostly used in the slot at Ohio State, the Texans plan to use him there as well. They also plan to use him outside. Don't be surprised if he runs some wildcat formations. The Texans ran wildcat plays last year, but they never had an athlete like this to use.

Miller switched to receiver because he couldn't be the best at quarterback with his shoulder's condition. He knows he isn't quite there yet with receiver, but he fully intends to get there.

"I say my separation and the way I get off the ball so defenders aren't comfortable from start to finish," Miller said, when asked what he most needs to improve. "They will never be comfortable guarding me."

The work will guide him. He didn't forget that after being drafted. That's why he returned, just two days after the Texans drafted him, to the facility where this journey began. He needs no cover of darkness anymore and certainly won't get it. The NFL spotlight will brightly light his next step. 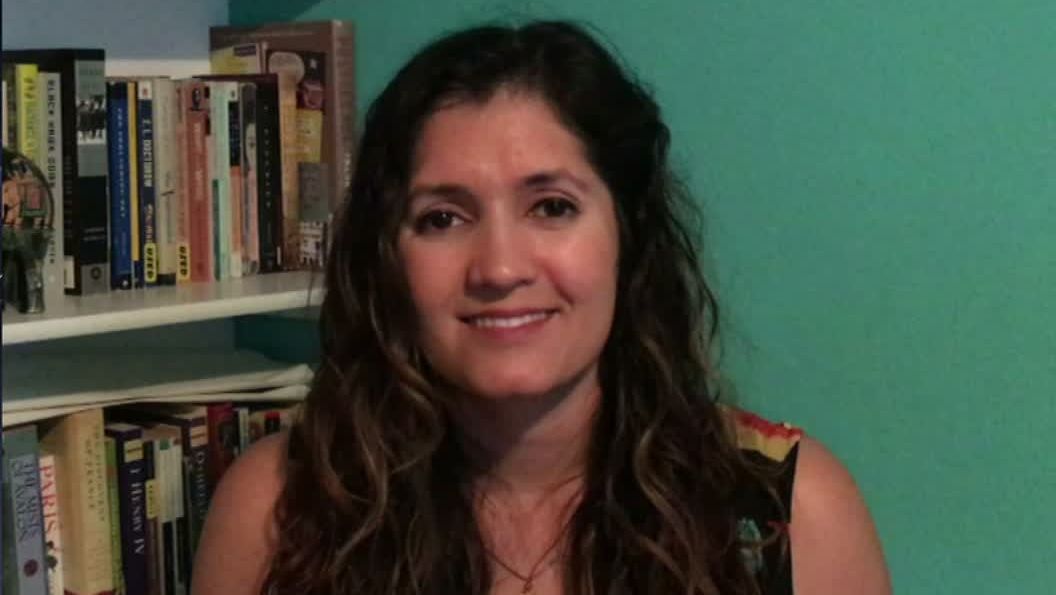 Braxton Miller's versatility a good fit for Texans' creative play calling
The Texans selected former Ohio State quarterback-turned-receiver Braxton Miller in the third round and have diverse plans for him. 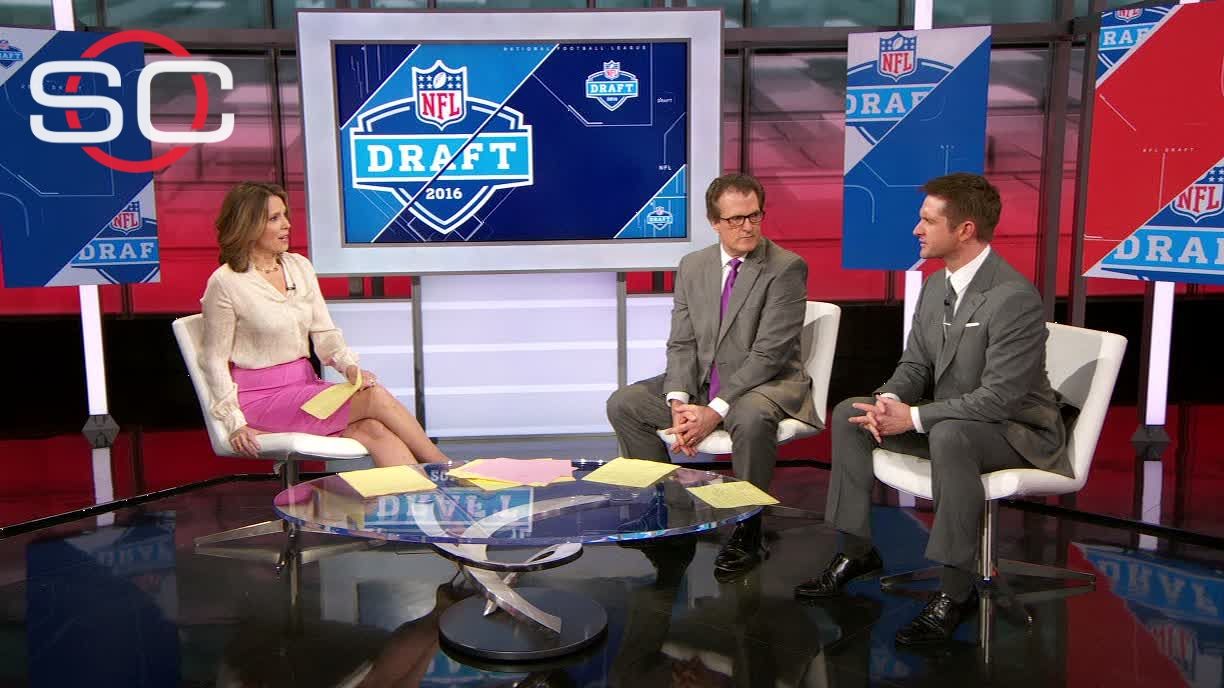