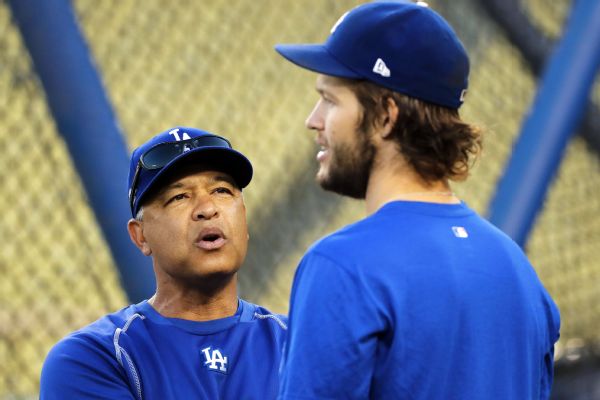 LOS ANGELES -- Already a workhorse this postseason, ace pitcher Clayton Kershaw could continue to carry a heavy workload for the Los Angeles Dodgers in the National League Championship Series.

Asked about the potential for Kershaw to pitch on short rest for Game 5 of the NLCS, manager Dave Roberts first said he just wanted to concentrate on Tuesday night's Game 3. But he did admit that it is not out of the question that Kershaw could be asked to pitch in Game 5, on three days of rest, under certain circumstances.

Another deciding factor on Kershaw's early use would have to do with how taxed the relievers potentially get over the next two games. Kershaw did pitch on short rest in Game 4 of the NL Division Series, when the Dodgers were facing elimination against the Washington Nationals.

"That's why there is no definitive, because there are a lot of variables," Roberts said. "Game 4 in the division series, it was because of the use of the pen and all that stuff -- and that is why we went Kersh instead ofJulio [Urias]. So that's why it's not as easy just to make one decision right now."

Kershaw, for one, said he's ready for whatever Roberts throws at him.

"Feeling good. All good," he told Fox during Tuesday's Game 3.

"In the playoffs you just kind of wait and see how things are going. I understand that, and I'm ready for that. Whatever game they pick."

"After [the Game 4] result, it will be a little more clear, but still, nothing definitive yet," Roberts said.

Kershaw pitched in three of the five division series games against the Nationals, starting Game 1, and again in Game 4 on three days of rest. The Dodgers won both games. Kershaw then recorded the final two outs of the club's Game 5 victory on one day of rest.

Three days after that two-out save, Kershaw pitched seven scoreless innings Sunday in Game 2 of the NLCS, securing the victory and helping L.A. even the series at 1. The first four games the Dodgers won this postseason were games in which Kershaw threw at least one pitch.

The heavy workload, though, combined with the back injury that forced Kershaw to miss 75 days in the regular season, gives the Dodgers pause when leaning so heavily on their best pitcher.

"I think his health has to be the No. 1 factor," Roberts said. "That's why the decisions we've made -- we talked to the training staff, we talked to Clayton most importantly, and have felt comfortable with it."

Roberts said Kershaw is feeling fine after his heavy postseason use thus far, but the club won't take that for granted.

"Yeah, I just think it is unfair just to assume anything because he is Clayton," Roberts said. "So, for us, internally, this is something we have to be mindful of, and we are." 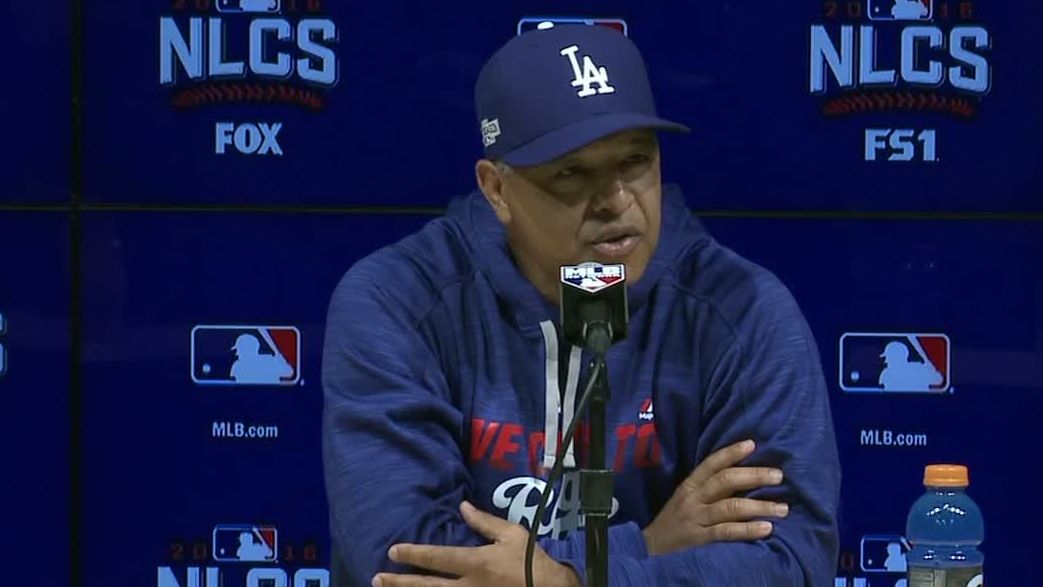