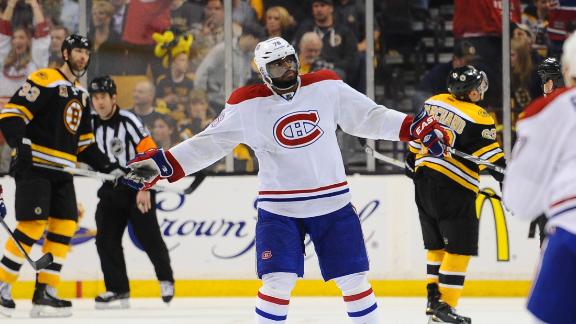 WILMINGTON, Mass. -- Boston Bruins president Cam Neely on Friday denounced those who directed racial slurs at P.K. Subban via social media after the defenseman scored in the second overtime to lift the visiting Montreal Canadiens to a 4-3 victory Thursday night in the opener of an Eastern Conference semifinal series.

"The racist, classless views expressed by an ignorant group of individuals following Thursday's game via digital media are in no way a reflection of anyone associated with the Bruins organization," Neely said in a statement issued by the team. Game 2 is Saturday.

Subban, who is black, scored his second goal of the game at 4:17 of the second overtime. Afterward, users on Twitter posted racial slurs disparaging him. Subban's younger brother, Malcolm, was drafted by the Bruins in the first round in 2012.

The Bruins held an optional practice at Ristuccia Arena on Friday. In the locker room afterward, players had their say.

"It's very disappointing things were said on Twitter," forward Brad Marchand said. "There's no need, at any point in time, to be racist, and obviously no one in this room or the organization feels that way, and it's very disappointing. Obviously, we have to apologize for that coming from our fans, but hopefully there will be no more of that stuff."

When asked whether he heard any comments coming from fans at the Garden on Thursday, Marchand said: "I didn't hear anything from the fans -- at all. It's all Twitter."

Added forward Milan Lucic: "It's very, very disappointing to hear that. I did hear about it after the game late last night. It's really sad that people do something like that. That's why I'm not a big fan of Twitter and social media, because it is such a dangerous thing. To criticize someone about something that has nothing to do with hockey on an issue like that is very ignorant and stupid."

Bruins coach Claude Julien, who also did not hear any comments from the stands, said the shame of the situation is that it gives all Bruins fans a bad name.

"I certainly share the thoughts of Cam and our organization," he said. "It's poor judgment, poor taste and we don't associate ourselves with people like that. People who think that way are not what we call our fans. They may think they are, but we certainly don't support that at all. It's a shame that this is still going around in this day and age, that people are still thinking that way. For us, it's a shame. It's certainly not getting our support on that.

"There are a lot of good fans out there, and that's the sad part about it, that your good fans get tarnished because of a couple of comments like that from people who don't belong in that same group."

Boston mayor Marty Walsh also was angered by the comments directed at Subban.

"This is a disgrace. These racist comments are not reflective of Boston and are not reflective of Bruins fans," Walsh said. "I've said before that the best hockey in the world happens when the Bruins and Canadiens play each other, and there is no room for this kind of ignorance here. Yesterday [Montreal] Mayor [Denis] Coderre and I made a friendly wager on the series, and we closed the conversation by wishing each other the best. I would hope that fans on both sides would follow this example."

The Bruins issued a similar statement after Washington Capitals forward Joel Ward, who also is black, was the target of racial slurs after he scored the overtime goal that eliminated the Bruins in the first round of the 2011-12 playoffs.

Canadiens Need Double OT To Beat Bruins
P.K. Subban's goal in the second overtime lifted the Canadiens past the Bruins 4-3. 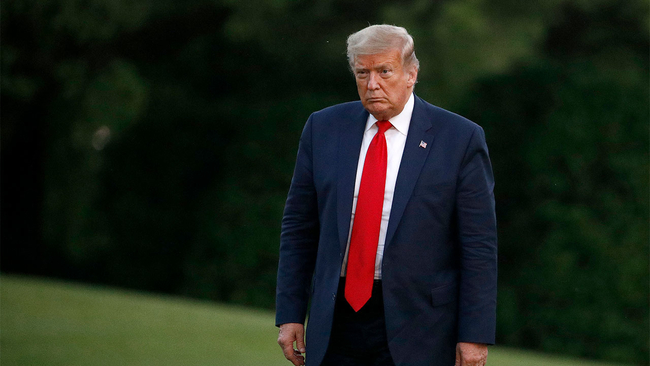 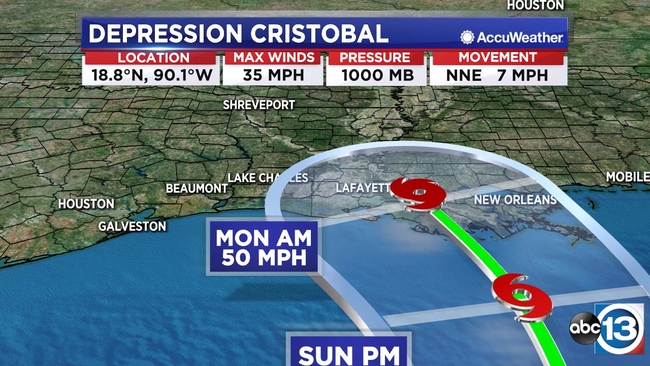