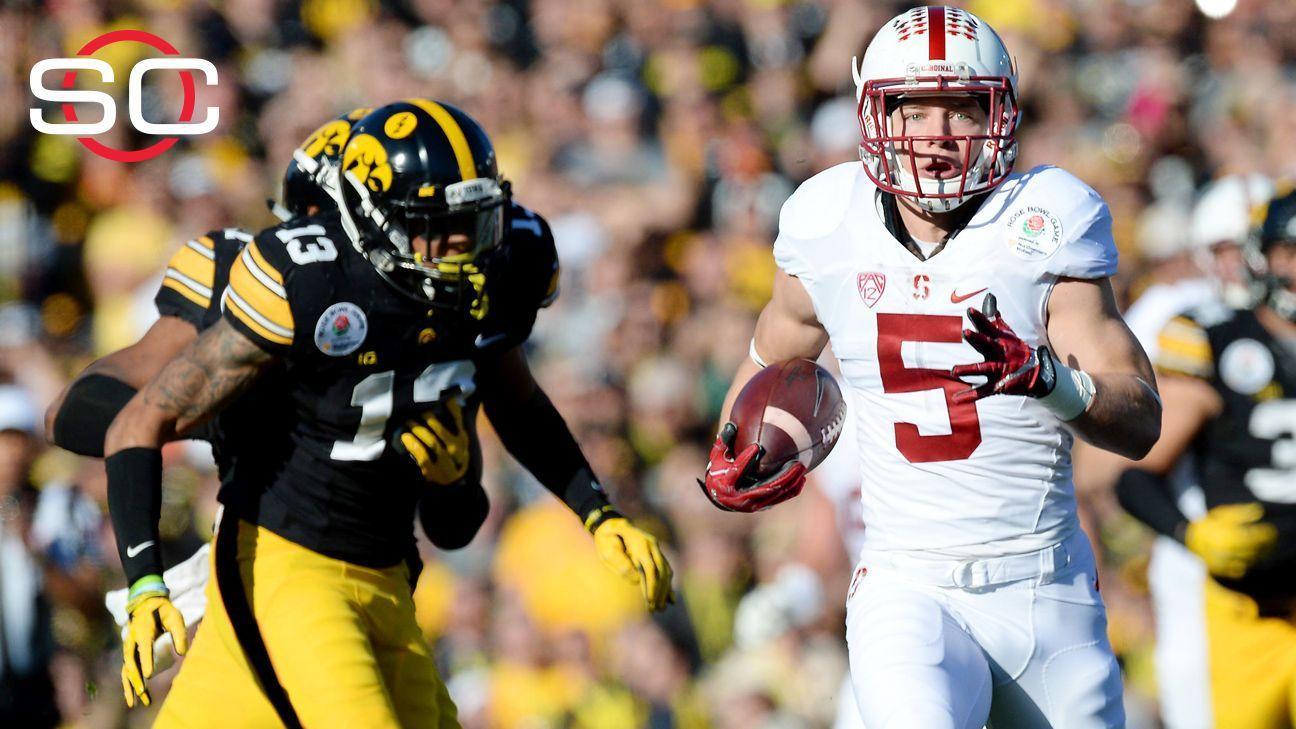 PASADENA, Calif. -- Stanford running back Christian McCaffrey, already the holder of the NCAA single-season all-purpose yardage record, broke the Rose Bowl mark in that category during Stanford's 45-16 rout of Iowa on Friday.

McCaffrey finished with 368 all-purpose yards, besting the old mark by Wisconsin receiver Jared Abbrederis, who had 346 yards against Oregon in the 2012 Rose Bowl. McCaffrey's yardage also was the fourth-most in any bowl game ever.

In addition, McCaffrey became the first player in the 102-year history of the Rose Bowl with at least 100 yards rushing and 100 yards receiving. And he became Stanford's single-season rushing leader with 2,109 yards.

"I think he was the best player in America before this game, so I think it's just the icing on the cake," Stanford coach David Shaw said. "I do think it's a shame that a lot of people didn't get to see him during the course of the year. Apparently the games were too late."

McCaffrey's performance in the Rose Bowl Game presented by Northwestern Mutual got off to an auspicious start. The Heisman Trophy finalist and Associated Press Player of the Year caught Kevin Hogan's pass on the game's first play and raced untouched 75 yards to the end zone, the second-longest touchdown pass in the bowl's history and the longest play given up all season by Iowa's defense. McCaffrey later returned a punt 66 yards for a score.

He added 172 rushing yards on 18 carries, averaging 9.6 yards per carry. He had 105 receiving yards (98 after the catch) on four receptions and 91 yards on returns.

In Stanford's previous game, against USC, he surpassed Barry Sanders' 27-year-old NCAA single-season record in the all-purpose yardage category (3,250 yards) while racking up 461 yards -- a Cardinal single-game record. He finished the season with 3,864 all-purpose yards.

McCaffrey took second to Alabama's Derrick Henry in the Heisman Trophy race despite breaking Sanders' mark, and a reporter asked him whether this runner-up finish fueled his prolific performance in the Rose Bowl.

"Great players always play with a chip on their shoulder no matter if they have a reason to or not," McCaffrey said. "I'm someone who believes in having motivation at all times, win or lose, individual awards. I play for my teammates."

Said left tackle Kyle Murphy: "With all the Heisman stuff, he felt really snubbed. He's not going to say anything about it, but all of us, we know. He's the best player in the country. It lit a fire under him, although he's already the hardest-working man and most motivated man."

The Rose Bowl was McCaffrey's fourth game this season with at least 350 all-purpose yards. No other Football Bowl Subdivision player reached that mark once. In addition, McCaffrey recorded more than 150 rushing yards and 100 receiving yards in each of his past two games, while the rest of the FBS has recorded one such game since 2013. 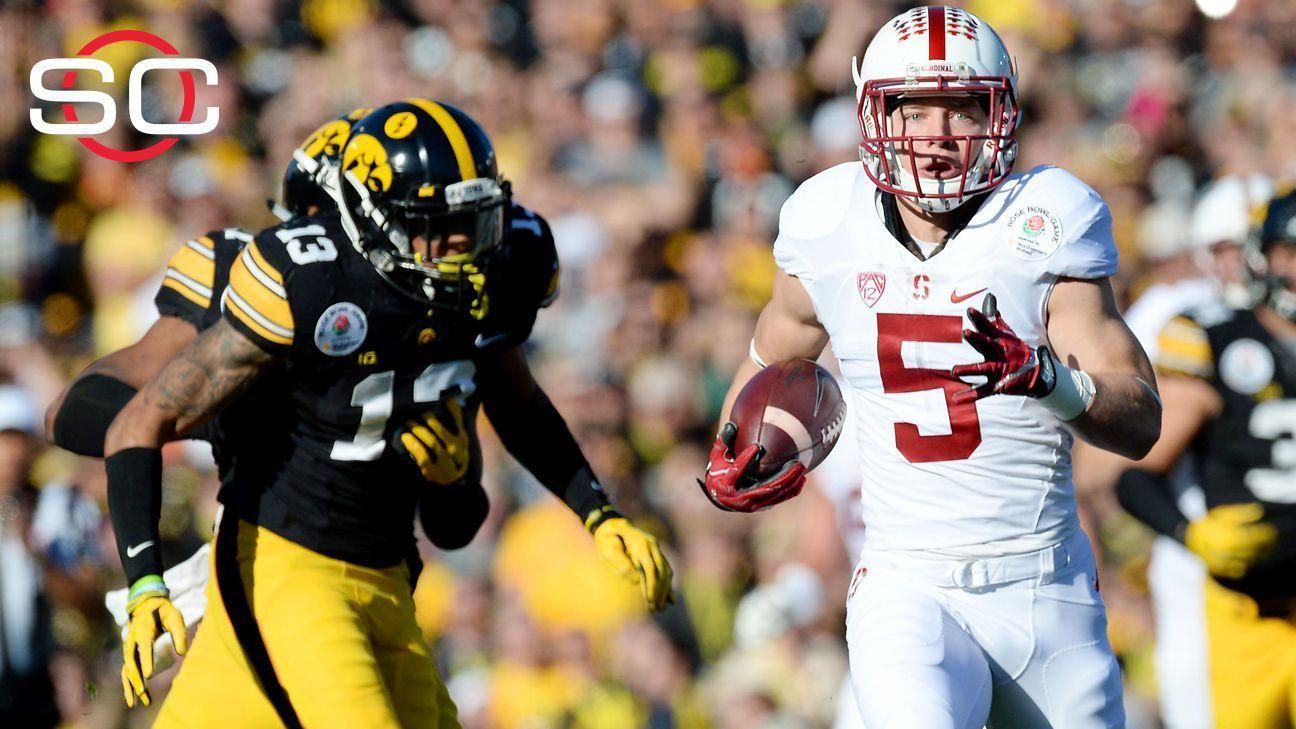