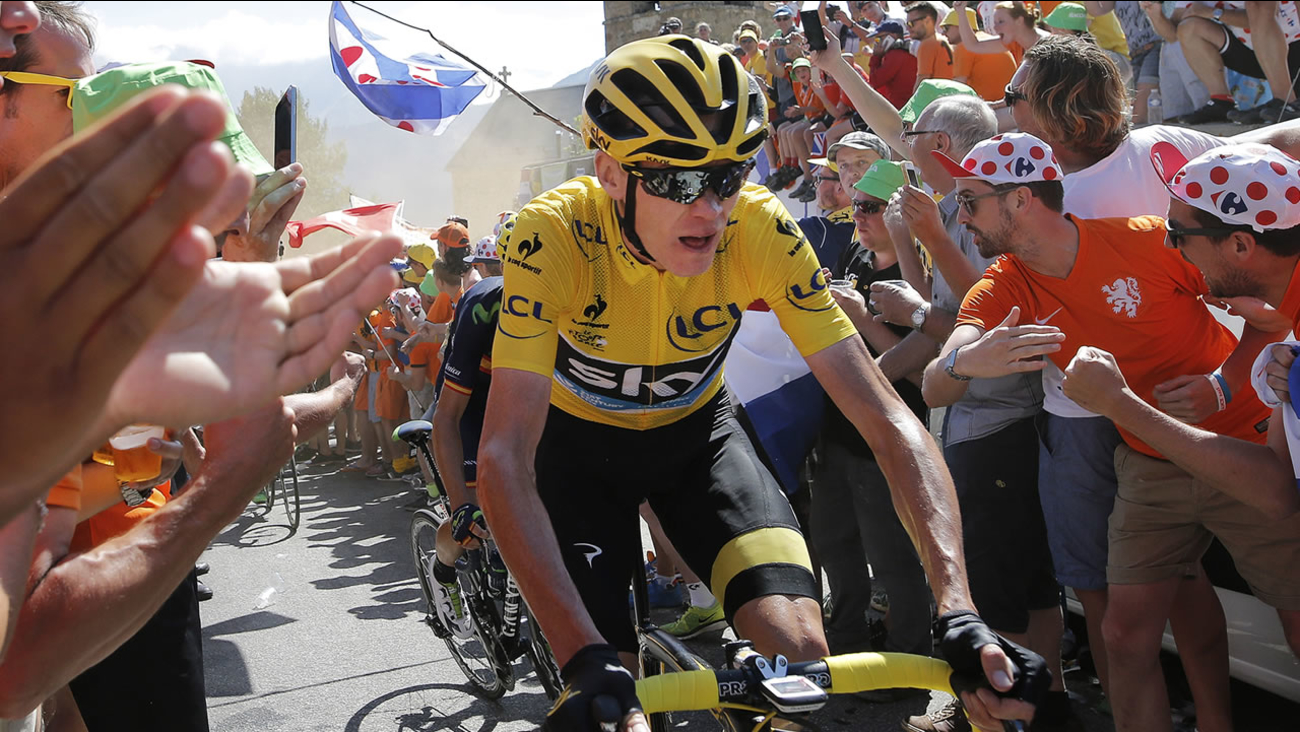 PARIS, France -- Resplendent in yellow and riding a canary yellow bike, Chris Froome has won his second Tour de France in three years, with a leisurely pedal into Paris to wrap up a spectacular three-week slog of furious racing that culminated with a thrilling late fight-back by the British rider's toughest rival, Colombian Nairo Quintana.

Cheered on the Champs-Elysees under suitably rainy skies for Britain's third win in the 112-year-old race, Froome took it easy on the last Stage 21, his work done having grimly resisted Quintana's last-ditch assault on his hard-won Tour lead on Saturday on the final Alpine ascent.

Just as when Froome first won in 2013, Quintana is again runner-up, although the margin is much smaller this time. Froome and his teammates crossed the finish line together in a line, arms across each other's shoulders, with Froome grinning in the middle.
Related topics:
sportstour de franceu.s. & world
Copyright © 2020 by The Associated Press. All Rights Reserved.
More Videos
From CNN Newsource affiliates
TOP STORIES