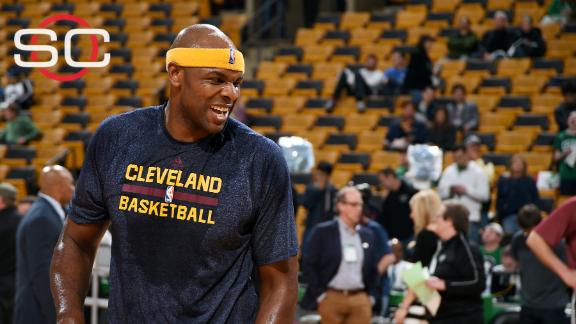 The Cleveland Cavaliers have agreed to trade Mike Miller and Brendan Haywood to the Portland Trail Blazers in a deal aimed to create future options and save luxury-tax money, sources told ESPN.com.

The Blazers will likely cut Haywood and could eventually work a buyout with Miller and will receive two future second-round picks from the Cavs for facilitating the deal with their cap space.

The Cavs have been dangling Haywood's contract, which is non-guaranteed if he's waived by Aug. 1, for weeks looking for an offer. But unable to find a player-based deal they liked, and concerned about the luxury tax, the team switched gears over the past two weeks and decided to make a move to create a trade exception. Last season, the Cavs successfully used a trade exception to acquire Timofey Mozgov from the Denver Nuggets in January.

Miller was a key signing last offseason because of his experience, 3-point-shooting ability and relationship with LeBron James. But he barely played in the second half of the season and playoffs, averaging 5.6 points and shooting just 33 percent from 3-point range.

The Cavs' trading of Miller was motivated by luxury-tax savings. Depending on where their final payroll lands, the Cavs could have saved roughly $10 million in salary and tax by offloading Miller, who received a trade kicker payout of $430,000 as part of the transaction, in addition to his $3 million salary.

In 2013, when the Miami Heat used the amnesty provision to waive Miller, it greatly upset James. At the time, the move projected savings of about $17 million in luxury tax for the Heat. With Miller nearing retirement and with no clear role next season on the Cavs, a source close to James described trading Miller as being "the right thing to do" to give Miller options about where he wants to continue playing.

To make the deal work, the Blazers will get a second-round pick in 2019 -- which will be the better of the Minnesota Timberwolves or Los Angeles Lakers picks that the Cavs own -- and Cleveland's second-round pick in 2020. The Cavs acquired the pick from the Lakers as part of a deal with the Indiana Pacers on Friday for use in this trade.

Haywood, who played in 22 games and averaged 1.6 points and 1.3 rebounds last season, plans to continue his career after he's released. Miller, who has battled hand, shoulder and back injuries in recent seasons, may take some time to choose his next move if a buyout with the Blazers is completed.