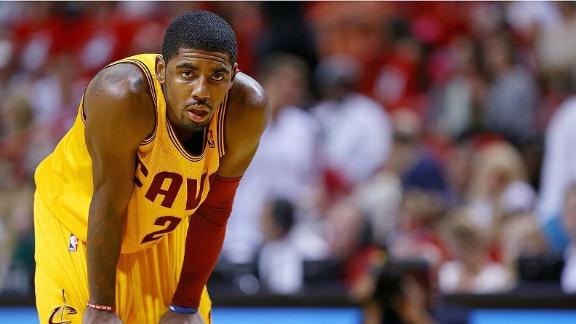 NBA coaching sources have told ESPN.com's Marc Stein that the Cleveland Cavaliers' recent pitch to Kentucky coach John Calipari was a 10-year offer worth nearly $80 million and included the role of coach and team president.

Kentucky on Thursday announced that Calipari has been signed to a new seven-year deal worth $52.5 million guaranteed.

Sources told ESPN's Andy Katz that Kentucky's new deal with Calipari was completed in April and that the Cavs' proposal was made within the past two weeks.

During an interview on Kentucky Sports Radio, Calipari confirmed he was approached by NBA teams "in a hard way." Calipari did not offer any details of his discussions to return to the pros. He coached the Nets from 1996-99, making the playoffs once.

Sources told Stein that part of Cleveland's motivation to chase Calipari for its job was the belief that hiring Calipari -- who is well known to be a good friend of LeBron James -- would greatly enhance its chances of convincing the NBA's best player to return to his home state in free agency this summer.

But Calipari, like UConn's Kevin Ollie before him, ultimately resisted Cleveland's overtures.

Cavaliers owner Dan Gilbert has been highly motivated to recruit a marquee coach to be the new face of the franchise, but Calipari and Ollie are off the market now thanks to the new contracts at their respective schools. Florida's Billy Donovan and Michigan State's Tom Izzo also rebuffed the Cavs during the current college basketball offseason.

According to The Associated Press, the Cavaliers' are bringing in former star guard Mark Price on Tuesday and will also host Los Angeles Clippers assistant coach Alvin Gentry for a second interview.

Price spent last season as an assistant coach with Charlotte. He'll be the sixth known candidate to meet with Cleveland.

Gentry is the first known candidate to meet for a second time with the Cavs, who fired Mike Brown -- for the second time -- on May 12. Gentry's second meeting has not yet been scheduled, the AP reported, citing a source familiar with the Cavs' coaching search.

The Cavs hope to have a coach in place before the June 26 NBA draft. Cleveland has the No. 1 overall pick.