Carlos Beltran says he will not visit White House with Astros 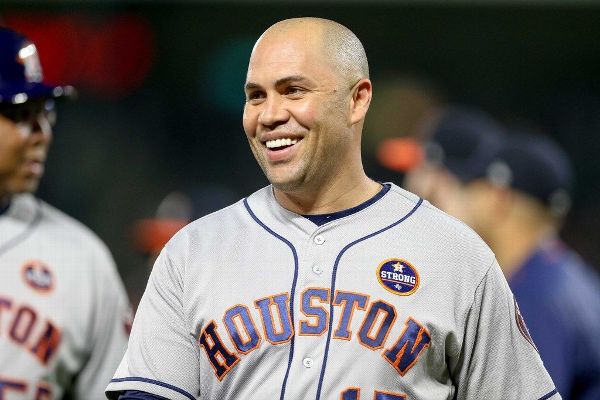 Carlos Beltran won't be joining his former Houston Astros teammates at the White House when their World Series championship is recognized later this year.

Beltran told reporters on Tuesday in New York City that he has decided to forgo the trip to Washington. He also said he is disappointed with relief efforts to his native Puerto Rico.

"No, I'm not gonna go. Honestly, I'm not going. I'm going to stay with my family," Beltran said, according to the New York Daily News. "I'm going to be here in New York City."

President Donald Trump has been criticized for how the United States responded to Puerto Rico after it was ravaged by Hurricane Maria in September. Much of the U.S. territory is still damaged and without power.

"There's no doubt that I'm disappointed," Beltran said of the government's response. "I'm not the only one. There's a lot of people disappointed. We haven't [gotten] some benefits. Being part of the United States, you expect to at least get the same benefits when tragedies like this happen. The fact that we haven't [gotten] those, yeah, it's a disappointment."

"[Trump] is the president of the United States," he said. "If sometimes we don't like the things that he does, or we like the things that he does, at the end of the day, he's the president, so [it] has nothing to do with that. Honestly, I'm not into politics. I'm more into the baseball side of it, sports side of it. That's something that I don't have a lot of opinion on that."

Beltran, 40, retired after winning his first World Series as part of the Astros in the fall.

He interviewed for the Yankees' managerial job, which eventually went to Aaron Boone. Beltran said Tuesday that Yankees general manager Brian Cashman offered him another position with the organization, which he declined but would reconsider next season after he has a full year off from the game.

The Astros, meanwhile, said last month that they had received an invitation to visit the White House and planned to attend.

Visits to the White House for athletic champions have been a regular occurrence since Ronald Reagan's presidency, but under Trump, they have sometimes been controversial.
Report a correction or typo
Related topics:
sportsespnwhite housemlbpuerto ricocarlos beltranhouston astrosdonald trumpvisitrelief
Copyright © 2020 ESPN Internet Ventures. All rights reserved.
More Videos
From CNN Newsource affiliates
TOP STORIES