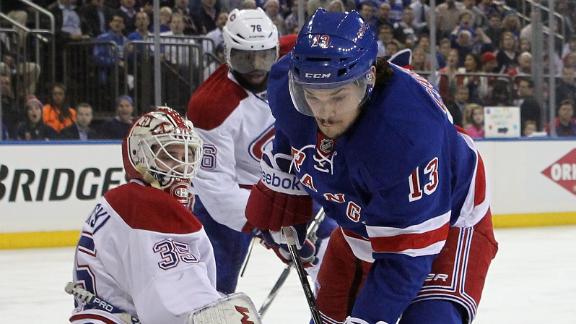 New York Rangers forward Daniel Carcillo was suspended 10 games by the NHL on Friday for making physical contact with an official.

Carcillo was tossed from Game 3 of the Eastern Conference finals against the Montreal Canadiens on Thursday night for elbowing linesman Steve Driscoll, who was trying to keep Carcillo from post-whistle activity involving Brandon Prust. Moments earlier, Prust injured the Rangers' Derek Stepan with a crunching open-ice check.

Prust also was suspended Friday, receiving a two-game ban for the hit on Stepan. No penalty was called on the play.

Carcillo's ban is automatic under Rule 40.3 pertaining to Physical Abuse of Officials. The rule states: "Any player who deliberately applies physical force to an official in any manner (excluding actions as set out in Category I), which physical force is applied without intent to injure, or who spits on an official, shall be automatically suspended for not less than ten (10) games."

Rangers coach Alain Vigneault revealed Friday that Prust's hit on Stepan resulted in a broken jaw for the Rangers center. Stepan underwent surgery Friday night, leaving his status for Game 4 on Sunday and the remainder of the series in doubt.

Minutes after Stepan left the game, Carcillo was whistled for a minor charging penalty on Prust. With Prust and Derek Dorsett dropping the gloves nearby, Driscoll skated over to Carcillo and grabbed his stick in what appeared to be an attempt to prevent Carcillo from joining the fray. Carcillo resisted and struck Driscoll with his right elbow, prompting his ejection from the game.

Carcillo has two goals in eight playoff games for the Rangers, who hold a 2-1 series lead over the Canadiens.

Information from ESPNNewYork.com's Katie Strang was used in this report. 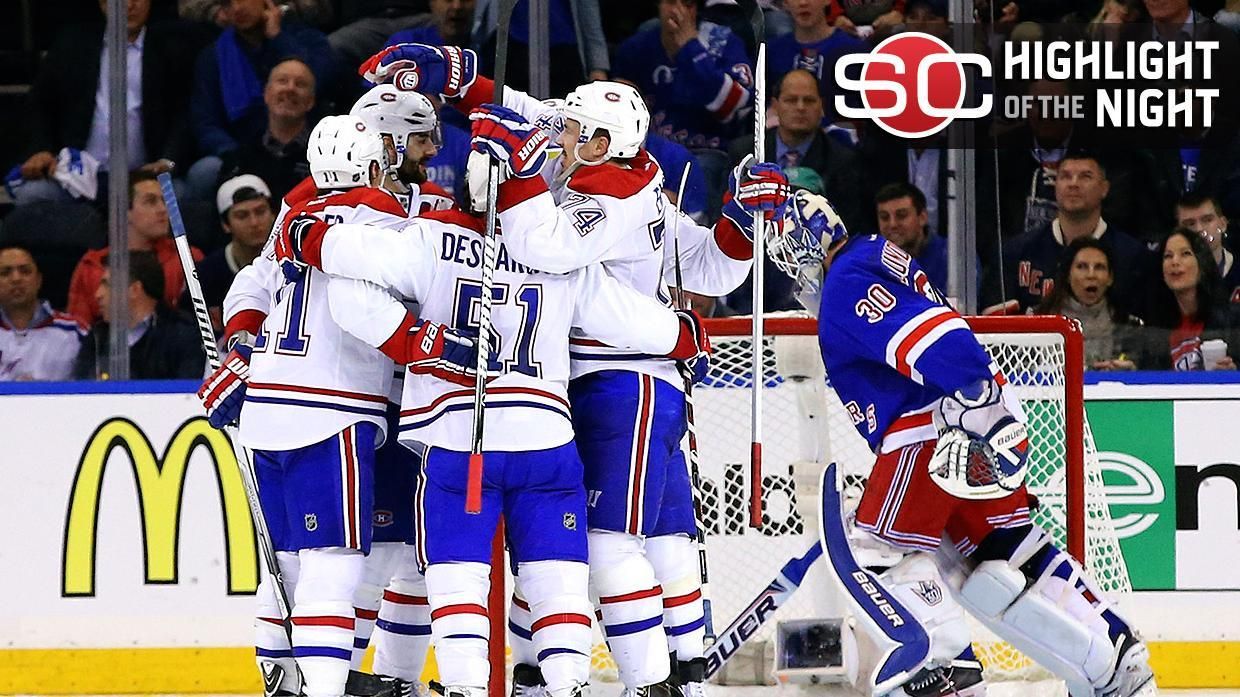