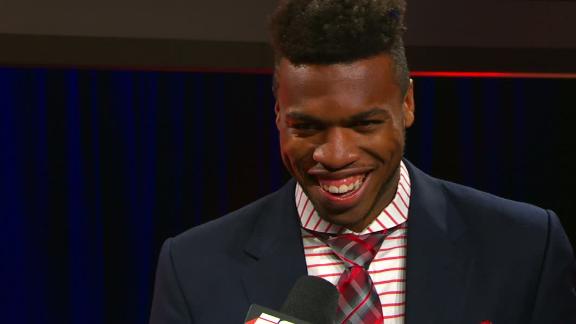 Oklahomashooting sensation Buddy Hield, who recently led the Sooners to their first Final Four appearance in 14 years, won the Wooden Award on Friday in one of the closest races in its history.

The awards were given out during college basketball's nationally televised awards show in Los Angeles.

Midway through the season, Hield and Valentine surged ahead of the pack of Wooden contenders with rare numbers. Hield finished the season with averages of 25 points, 5.6 rebounds and 1.2 steals per game while connecting on 46 percent of his 3-point attempts and 89 percent of his free throws.

Hield hugged his mother before taking the stage to accept his second trophy of the night.

"It's been fun and I can't be more blessed to be around college basketball," he said. "I can't be prouder and I thank my family for supporting me through the whole journey."

Hield explained how he built his own hoop in the Bahamas, where he grew up, using plywood and stolen nails.

"It was tough, but I got it up and asked my brother to help me," he said.

Valentine, who won the Julius Erving Award as the nation's top small forward, averaged 19.6 points, 7.6 rebounds and 7.6 assists this season. He is the first player to finish with averages that exceeded 17, 7 and 7 since assists became an official statistic in the 1983-84 season, according to ESPN Stats & Information.

Other finalists for the Wooden wereMalcolm Brogdon of Virginia, Brice Johnson of North Carolina andTyler Ulis of Kentucky.

This was the second straight season Stewart won the Wooden Award.

"It's a huge challenge," Stewart said of expectations. "And I credit a lot of it to Coach [Geno] Auriemma and the rest of the staff for all they do for us."

Other finalists were Rachel Banham of Minnesota, Moriah Jefferson of UConn, Kelsey Mitchell of Ohio State and A'ja Wilson of South Carolina. Stewart accepted the trophy from Hall of Famer Ann Meyers Drysdale as Wooden's daughter, Nan, looked on.

Stewart lost just five games in her four-year career. As a freshman, she had predicted the Huskies would win four straight national titles.

Texas Tech coach Tubby Smith received the Wooden Legends of Coaching award. He is one of two coaches to lead five different schools to the NCAA tournament. 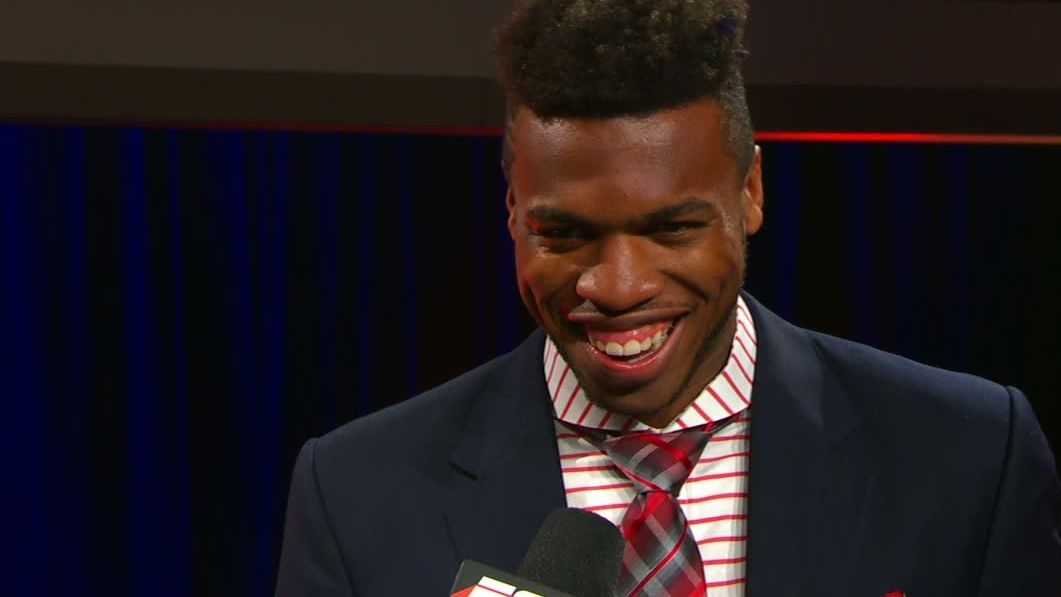