ESPN
By Pat McManamon
BEREA, Ohio -- One of Terrelle Pryor's ex-teammates isn't sure the receiver deserves a big contract from the Cleveland Browns when he becomes a free agent after the season.

Brian Hartline spent one training camp and one game as a receiver with Pryor last season, before Hartline was released in May. But Hartline said Wednesday on 105.7 The Zone in Columbus, Ohio, that he's not convinced Pryor is consistent enough for a new contract.

Hartline also was a teammate of Pryor's at Ohio State in 2008.

"I need stability," Hartline said. "I need constant production. Is he a No. 2? OK, yeah. I mean maybe. I don't know ... he kind of disappeared in the last couple weeks. If he was a quarterback, they'd be like, 'Oh, they're figuring him out. He can't do it anymore. They're finally figuring out the rookie quarterback.'

"But for Terrelle, they're like, 'Oh no, he had a down game.' So I'm very apprehensive as a Cleveland Browns guy to give out a contract."

Hartline didn't stop there, saying Pryor had one year as a receiver and is "a flash in the pan."

"You're trying to tell me with a guy that had suspect personality characteristics, I'm going to go ahead and hand you a bunch of money, then you're going to work harder?" Hartline said. "Uhhh, I think I'm going to bet against that if I'm a betting man.

"So, I hope he does well. I've been rooting. And let me be very clear: When he was here, when he came in last year, he in no way, shape or form had the right mentality or the right ability to ... well he had the ability ... the right mindset to be an NFL wide receiver.

"He left, got some work, changed his mindset, came back and is being productive. And that's kind of where I would leave it."

Pryor spent the first five years of his NFL career at quarterback, but the Browns signed him before training camp in 2015 and gave him a chance as a receiver. Pryor struggled with a hamstring issue in camp and was released before the 2015 opener.

The Browns brought Pryor back in early December, and he and Hartline were active for one game before Hartline broke his collarbone. Hartline was released by the Browns on May 23, after spending a few weeks of organized team activities with Pryor.

Pryor leads the Browns with 67 catches for 877 and four touchdowns.

"I think we're trying to grab any kind of success as a Cleveland fan," Hartline said. "What are we talking about? We're talking about a receiver who might reach 1,000 yards. Which is fine."

Pryor played the second half inBuffalowith a torn ligament in his finger, and he was ridiculed by Adam Jones after the loss toCincinnati, when Pryor had one catch.

Hue Jackson, coach of the winless Browns, has said that he believes in Pryor but that the wideout needs to channel his energy and emotions in a more positive way on the field.

"He's being productive," Hartline said. "At no point is he being dominant. He's doing more than we thought, and that's the reaction. I wish him well. And by the way, as a Cleveland Browns fan, guys, hey, alert everybody: It's OK to let guys go and let them be successful elsewhere, as long as they don't fit your mold. Just have a plan.

"If they don't fit your plan, let them go and wish them well. It's OK. It's not a big deal. But you better have a response. You better have a guy to fill that void. So for me, I'm not paying a guy off of one year. I'm wishing him well, and I'm going to go ahead and go build something else, because I'm not sure Terrelle Pryor is a building block."

Pryor told the Akron Beacon Journal he had no comment on Hartline's statements and referred questions to Jackson.

Jackson said he believes Pryor is a building block.

"Oh yeah, that has not changed," Jackson said. "You guys know I have a tremendous amount of confidence in Terrelle. I think he is only going to get better as he moves forward." 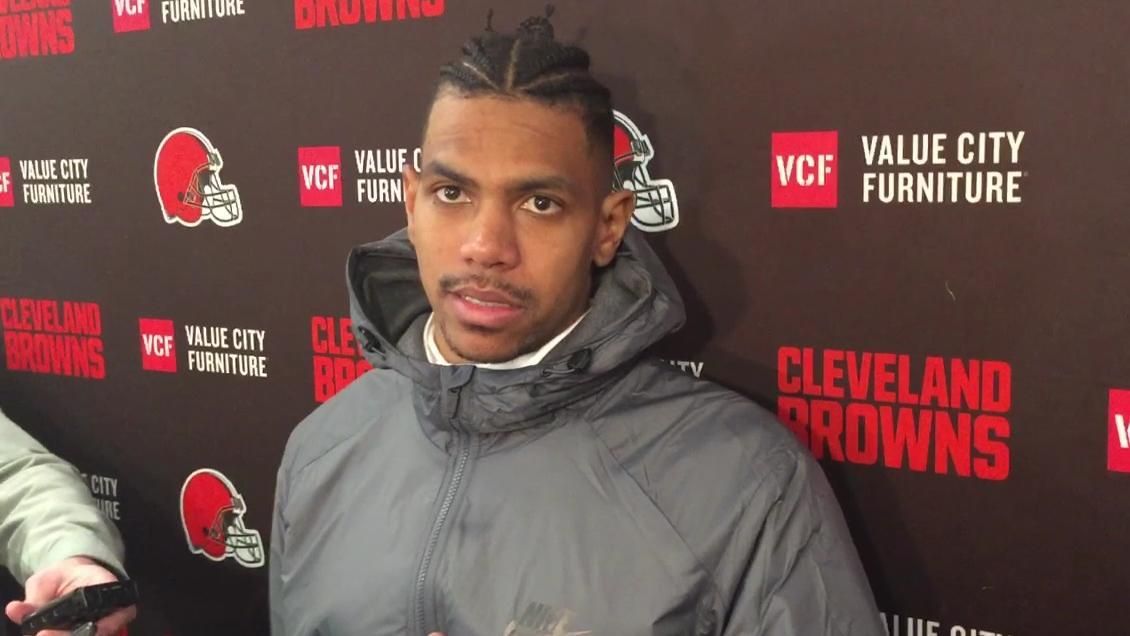