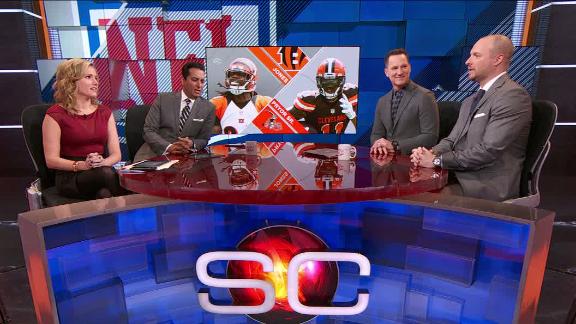 The Browns coach said Pryor has to stop some of the things he is doing that lead to that kind of situation.

"I don't think [that has] any place in the National Football League, especially on our team," Jackson said. "We're going to try to get all those things quieted down. We just going to play football, be the best football players we can be. Let's get away from all of that."

Jackson apparently was referring to trash-talk that he thinks has gotten excessive. Jones accused Pryor of telling the Cincinnati defensive coordinator he was going to get Jones cut. Jones lambasted Pryor, called him garbage and arrogant and at one point even looked in a garbage can to see if Pryor was in there.

It was the second game in a row that a defending cornerback had less than complimentary words for Pryor. Janoris Jenkins of the Rams tweeted heavy criticism after the Giants beat the Browns Nov. 27.

Pryor declined to comment through the Browns media relations department.

Rookie Corey Coleman said that any talk on the field between Jones and Pryor was "two guys being really competitive trying to get the best of each other."

"He knows that he can't say certain things, and he'll be all right with that," tight end Gary Barnidge said. "He trusts everybody on the team. We all trust him. We all have his back on everything."

Pryor can be a free agent after the season, but he has said he'd like to stay in Cleveland. Jackson downplayed this incident's possible impact on a new contract but said everything will be considered.

"I know Terrelle," Jackson said. "Again, these are things that can be worked through and understood. But I will always take into consideration everything, and I'm sure our organization will too as we move forward. There's a type of team we want to be and we're gonna be. We'll get these things, these antics or however you guys want to look at them, slowed down. Because we want to do this thing right."

The verbal spats with other teams' players are just one concern. Pryor also criticized the Browns' offensive line after a Nov. 20 loss to Pittsburgh. He has been seen on TV cameras being emotional in what looks like complaining on the sidelines. On Sunday against the Bengals, he was seen in the huddle yelling at quarterback Robert Griffin III when the Browns had to take a timeout because the play clock was running down.

Jones said he asked Griffin why he'd throw the ball to a guy who yelled at him that way.

Although Jackson did not think that specific on-field discussion was overly significant, he did not like the pattern.

"We stop it," Jackson said. "We just stop it. I have a relationship with Terrell, and there's a line ... again you just brought them all up. We're going to stop all that. We don't need all that. I don't think he's trying to be negative when he's doing it."

Pryor has worked diligently to make himself into a receiver after playing quarterback, and he has done well. He leads the Browns with 63 receptions, 858 yards and four touchdowns while playing with four different quarterbacks.

"That's not the type of football team we want to be," Jackson said. "But I think Terrelle is trying to come from a good place. You just got to direct that energy in a different way. I think he will.

"There's lessons to be learned. Some people file it under wanting to win so bad, but winning so bad can't supersede the team and how we're going to do things." 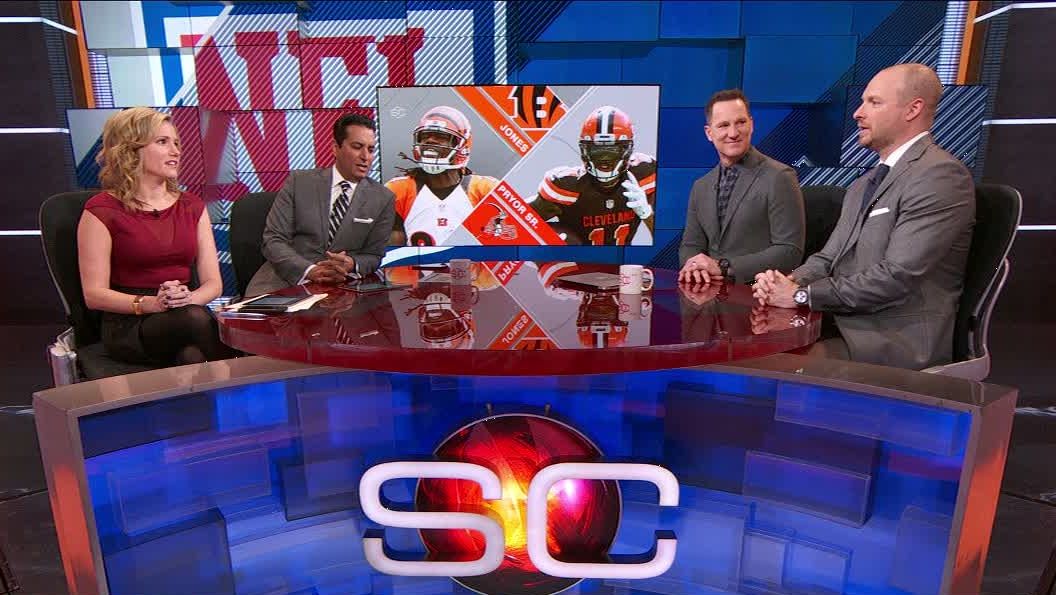