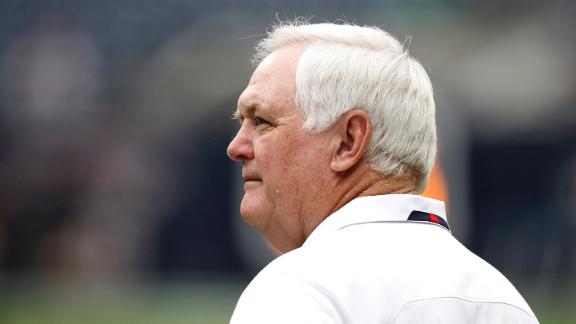 Though it certainly took longer than Denver Broncos head coach Gary Kubiak had hoped it would when he said he wanted to assemble a staff "as quickly as possible,'' Wade Phillips has accepted the job to be the team's defensive coordinator, the team said Wednesday night.

Phillips had arrived in Denver on Monday night and met with Kubiak and executive vice president of football operations/general manager John Elway on Tuesday and Wednesday. It comes two days after the Broncos formally finished up a deal with linebackers coach Reggie Herring, who like Phillips is a former Texans assistant on Kubiak's staff in Houston.

Phillips' hiring comes after the Broncos had also tried to hire Cincinnati Bengals secondary coach Vance Joseph for the job. However, the Bengals told the Broncos that Joseph, who had interviewed for the Broncos' head coaching job two days before team officials met with Kubiak, would not be allowed to leave for the coordinator job.

Phillips, who was Kubiak's defensive coordinator in Houston, also took over as Texans interim head coach 13 games into the 2013 season after Kubiak was fired. The Texans were 30th in total defense in 2010, 29th in scoring defense and last in the league in pass defense when Kubiak looked to Phillips to repair the unit.

With the Broncos, Phillips inherits a unit that had five players -- safety T.J. Ward, cornerbacksChris Harris Jr.andAqib Talib, linebacker Von Miller and defensive end DeMarcus Ware-- in Sunday's Pro Bowl. The Broncos were ranked No. 3 in total defense in the league this past season, allowing 305.2 yards per game and ranking 16th in scoring defense at 22.1 points per game.

Phillips replaces Jack Del Rio, who accepted a job as head coach of the Oakland Raiders earlier this month. In three seasons as defensive coordinator, Del Rio's Broncos finished in the top three in total defense twice and were No. 4 in scoring defense in 2012. In 2013, when the Broncos' offense scored an NFL single-season record 606 points, the Broncos were 19th in total defense and 22nd in scoring defense, although five starters (including Harris and Miller) were on injured reserve by the time the team played in Super Bowl XLVIII.

Phillips had been the Broncos' defensive coordinator from 1989 to 1992.