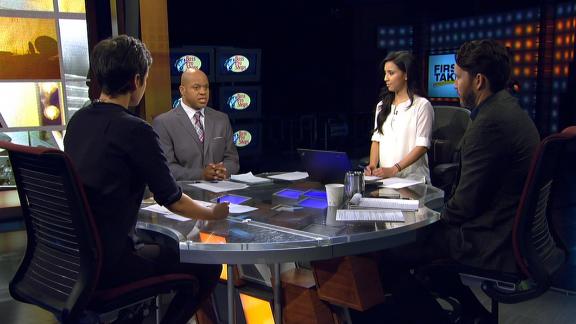 HOUSTON -- Texans quarterback Brock Osweiler said leaving Denver was the most difficult decision of his life, but he did it to further his career.

"I'm very thankful, I'm very appreciative for everything that the Denver Broncos organization has done for me," Osweiler said. "However, in saying that, at this point in time in my career, I feel like the Houston Texans give me the best opportunity to be successful.

"From the top down, starting with the McNair family and then moving on down to the coaching staff, and with [offensive coordinator George] Godsey and coach [Bill] O'Brien and the offensive attack that they have here, I feel like their offense fits my skill set very well, and I'm very excited to play in that offense."

Osweiler left the Broncos one month after their Super Bowl championship after spending four seasons there. He was selected by Denver in the second round of the 2012 draft. The Texans paid him a contract worth $72 million over four years with $37 million guaranteed, hoping to gain stability at the quarterback position for the first time in four seasons.

He posted a picture of himself signing the contract on Instagram.

Osweiler said he didn't decide he was leaving Denver until Wednesday, the same day he agreed to the deal. During the negotiation he paused communication with the Broncos, and a KUSA-TV report said Osweiler didn't answer phone calls from teammates or coaches for two weeks.

"It wasn't a couple weeks," Osweiler said. "There was an offer on the table for a small period of time. With this being my first time going through free agency, you follow your agency's advice. I was just following their lead. However, when it did come time to make decisions, I did talk with Denver as well as Houston and we were able to get this deal done."

"That was a very hard phone call to make," Osweiler said. "But I told John out of the respect for him and everything that he's done for me he deserved it. It truly came down to the wire."

Elway delivered a parting shot on Wednesday after Osweiler's departure, which left the Broncos searching for a starting quarterback.

"We've stayed true to our philosophy of building a team with players who want to be Denver Broncos and want to be here," Elway said. "That's been a successful approach for us."

The Texans haven't spent starter money on a quarterback since signing Matt Schaub to a multiyear extension in 2012. Last season, all of their quarterbacks together made $6.3 million. Osweiler will make $17 million by the end of this month, between a $12 million signing bonus and a $5 million roster bonus.

Smith and Texans coach Bill O'Brien watched film on Osweiler together. With the Broncos, Osweiler went 5-2 as a starter. O'Brien said he's seen every snap Osweiler has played in the NFL and came away thinking he has what it takes to lead the Texans.

And while he might not have had much communication with his former teammates recently, Osweiler has spoken to a new teammate this week: He and receiver DeAndre Hopkins have talked about getting together to throw some passes during the offseason.

"What DeAndre brings to the game is truly special," Osweiler said.

Osweiler likes his chances to succeed in Houston
Newly signed Texans QB Brock Osweiler expresses his optimism for playing for the team and getting to throw passes to DeAndre Hopkins. 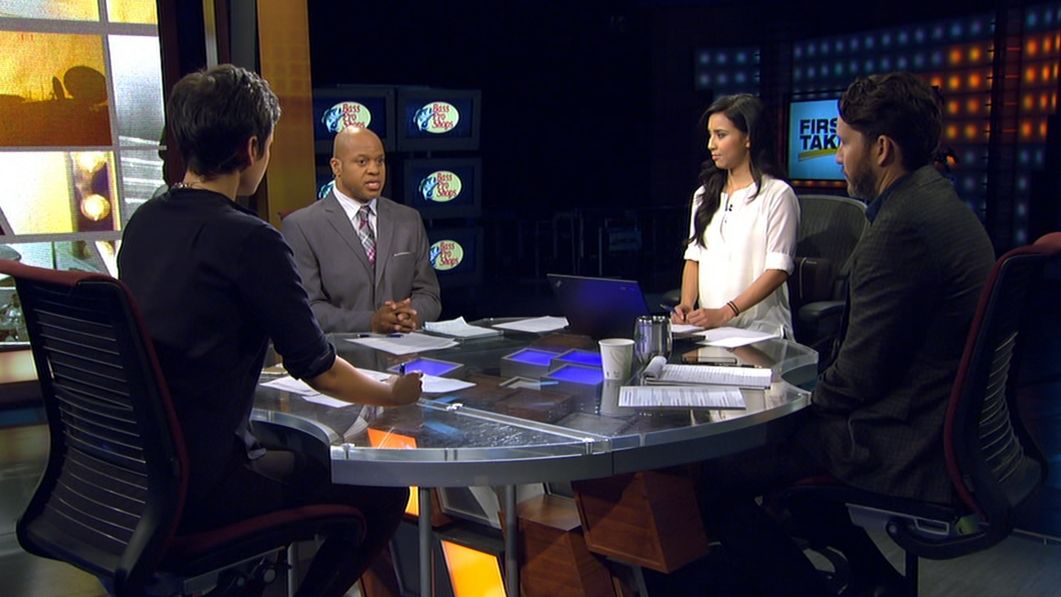