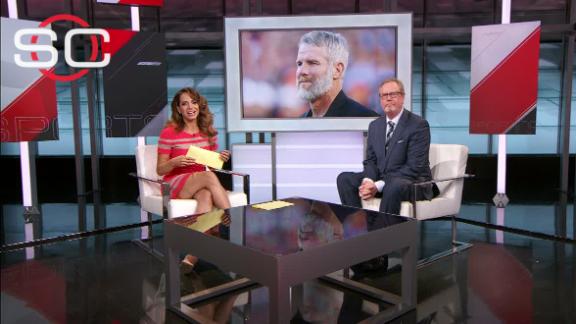 It's why the gun-slinging former Green Bay Packers quarterback says he won't go in with any written remarks. He knows that he'll talk extensively about his father, Irv, who died in 2003 on the eve of one of his greatest performances. After that, it could be a free-for-all.

"My speech will be much like the way I played; it will be, 'Who in the hell knows?'" Favre said on Friday.

"But it worked out pretty well in my career."

Favre will be the last of the eight inductees to address the crowd.

"I say that, not to scare anyone, but we may be here 'til 3 in the morning," Favre said. "With my dad, I think what I want to get across and it's no big secret is about important he was to my life and my career, which was extremely important. There's a lot of people who are important to my career and my success, but none more important than my dad, and I want to make sure I get that across."

Favre's free-wheeling style helped turn him into a beloved figure, especially during his 16-year run with the Packers.

However, there's no ignoring his final stop - the 2009 and 2010 seasons with the Minnesota Vikings. That part of his career was commemorated in a Hall of Fame exhibit that includes both Packers and Vikings jerseys.

The artifacts were selected by the museum curators with no input from Favre, who finally saw the display on Friday while touring the Hall of Fame with one of his former coaches, Steve Mariucci.

"He kind of poked fun at Green Bay and Minnesota being in the same locker together," Favre said. "But there's no doubt how I will be remembered, and that's as a Packer, as it should be. I wouldn't trade my 16 years in Green Bay for anything."

Even the New York Jets got a mention on Friday. Favre played one season for the Jets, when the Packers traded him in 2008. A promising start to the season ended in disappointment and injury; Favre struggled through a torn biceps in his throwing arm.

"Well, I threw six touchdowns in one game, and Yippee," Favre said with a laugh. "But it's the only time I ever did it. I'll say, and I'm not excuse guy, but before I tore my biceps I was playing pretty good and we were 9-3 I think and not hitting on all cylinders and I thought there was tremendous upset. Our last good game was against New England on a Thursday night and it went downhill from there as my biceps got worse and ultimately ended up in surgery. I would have liked to have seen how it have ended up if I had not had a torn bicep."

Favre said he's now at peace with how his career ended and his renewed relationship with the Packers. He said there are no longer any scars with the Packers, who inducted him into their hall of fame and retired his No. 4 last year.

He said he doesn't miss the game, even though he admitted it's hard to find anything that compares to the competitive drive of playing in the NFL.

"I retired three times; you'd think I'd be an expert, which I was at that part," Favre said. "But I never really got away. It didn't last long. I really never knew what it would be like when I was not out there.

"You can't cut grass and get the same feeling as throwing a touchdown pass to Sterling Sharpe, but the good news is, when the first regular season game was underway the following year after I retired, I didn't feel like I needed to be there." 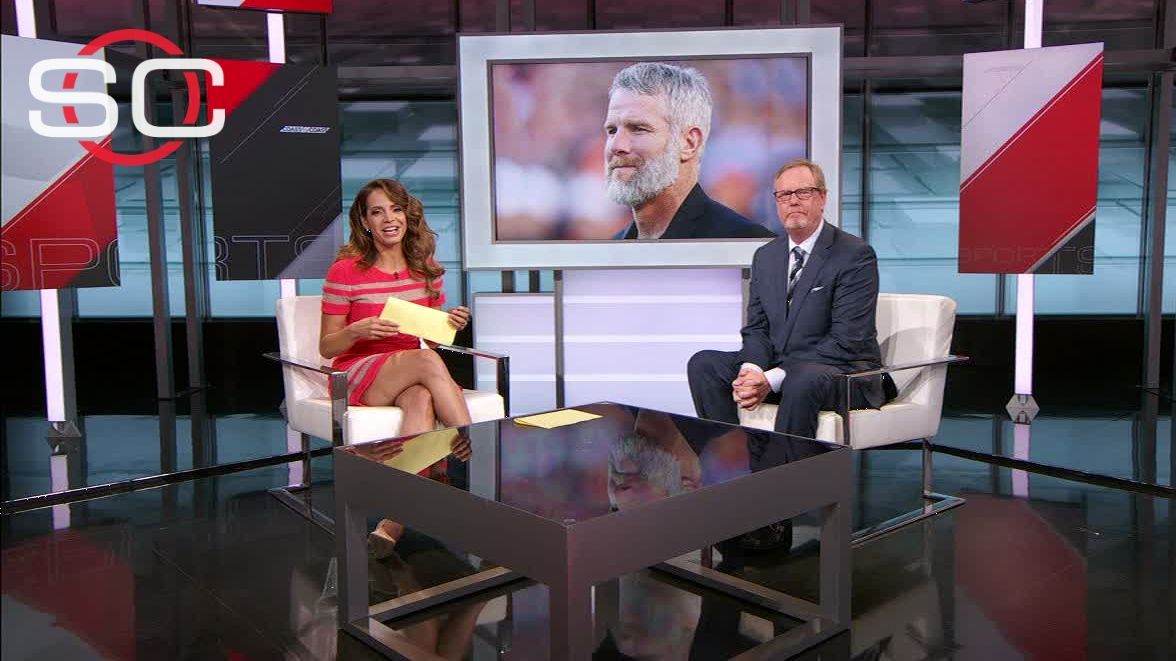