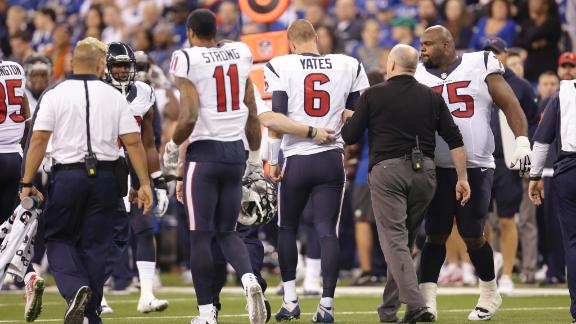 INDIANAPOLIS -- The Houston Texans were down to their third-string quarterback in their most important game of the season afterT.J. Yatesleft Sunday's victory over theIndianapolis Coltswith a knee injury.

Yates scrambled for a first down late in the second quarter,then immediately grabbed his left knee. To add insult to injury, the play was called back due to offensive holding.

Yates left the field and walked straight to the locker room. A source told ESPN that Yates appears to have an ACL injury.

Brandon Weeden replaced Yates and completed 11 of 18 passes for 105 yards and a touchdown. The Texans (7-7) moved into sole possession of first place in the AFC South with their victory. Houston needs to win one more game -- against the Tennessee Titans or Jacksonville Jaguars -- to clinch the division title.

The Texans, who had been 0-13 all time in Indianapolis, came into the game without starting quarterback Brian Hoyer, who is recovering from a concussion. Hoyer suffered his second concussion in the span of a month in last week's 27-6 loss to the New England Patriots.

Yates, whom the Texans signed after cutting Ryan Mallett in late October, has started two games for the Texans. Weeden came to Houston when the Texans claimed him off waivers after the Dallas Cowboys released him.

Yates leaves game with knee injury
Texans QB T.J. Yates leaves the game against the Colts and would not return after suffering a knee injury while scrambling for a first down during the second quarter. 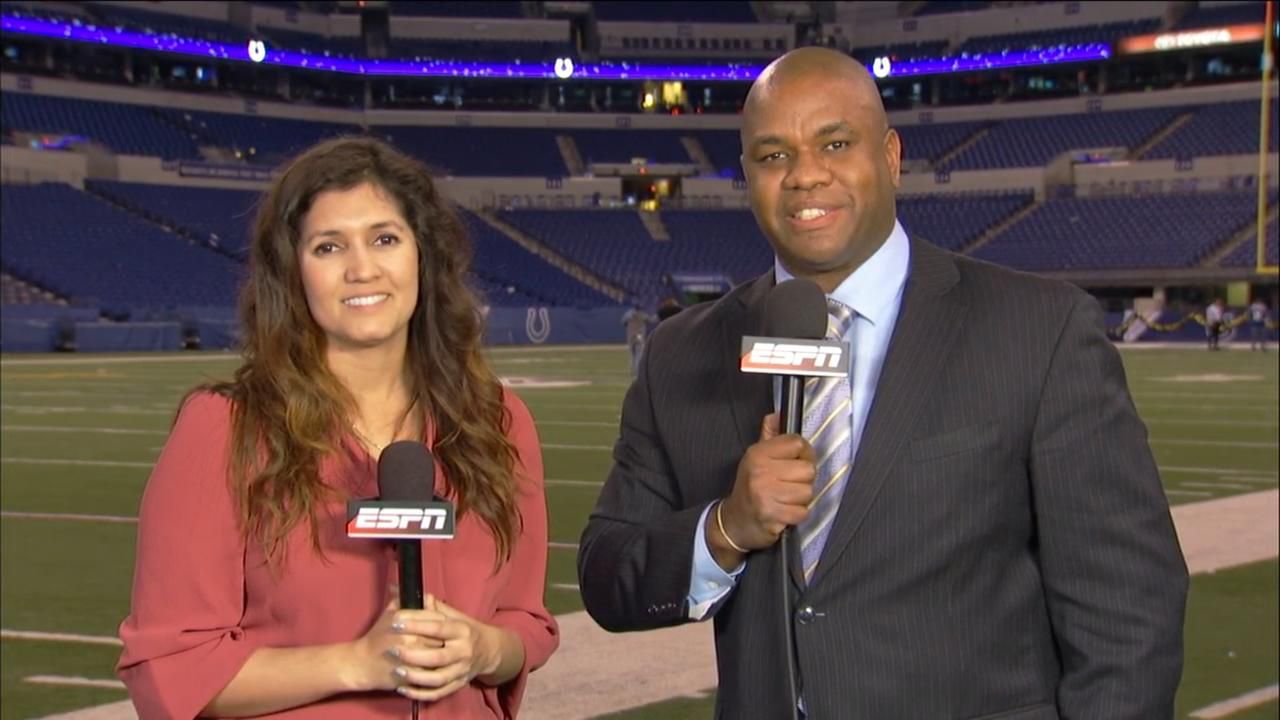