Brandon Randolph, ranked No. 40 in ESPN 100, commits to Arizona 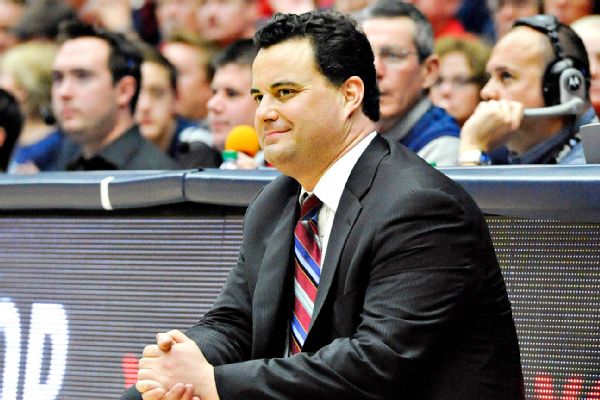 ESPN 100 wing Brandon Randolph has committed to the Arizona Wildcats, he told ESPN on Wednesday.

Randolph, who is ranked No. 40 in the ESPN 100 for 2017, chose the Wildcats over Syracuse, Oregon and Wake Forest. He took official visits to Syracuse and Oregon in September, and he also took a trip to Arizona last weekend.

"I just felt like Arizona was the best fit for me," Randolph said. "Had everything we were looking for in a school, both athletically and academically."

Randolph's visit to Arizona over the weekend sealed the deal for coach Sean Miller and the Wildcats.

"It wasn't just one thing, that's the thing," Randolph said. "It was a great environment."

Randolph, a 6-foot-6 shooting guard from Westtown School (Pennsylvania), saw his stock rise during his junior season, and he continued his stellar play in the spring and summer with the PSA Cardinals, averaging 15.8 points on 37.5 percent 3-point shooting on the Nike EYBL circuit.

Arizona did bring in five-star freshmen Kobi Simmons and Rawle Alkins in the 2016 class, and former five-star recruit Allonzo Trier returns for his sophomore season. Randolph will bring perimeter shooting from the moment he steps on campus.

"I think my scoring can definitely transition to the next level, and I also think they could help me become more of a complete player," Randolph said. "I know I can develop through the great coaching."

Randolph is the latest addition to what is now the No. 3 recruiting class in the country. He joins No. 1 overall prospect DeAndre Ayton and ESPN 100 point guard Alex Barcello (No. 94). Arizona is also pushing for several more five-star prospects, including centers Brandon McCoy (No. 6) and Nick Richards (No. 12) and wings Lonnie Walker (No. 19) and Hamidou Diallo (No. 11). ESPN 100 power forward Ira Lee (No. 69) is also expected to visit this weekend.