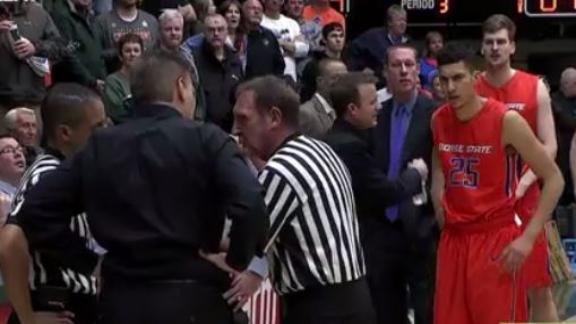 Boise Statewants a victory overColorado Stateafter the Mountain West Conference on Friday reversed its initial call and said a last-second 3-pointer byJames Webb III should have counted and given the Broncos an 87-85 overtime victory earlier this week.

"Absolutely,'' Boise State coach Leon Rice told ESPN on Friday night. "A rule was broken in that they used a video that was not synced up, and you can't do that.''

Colorado State beat Boise State 97-93 in the second overtime, after Webb's shot was discounted to end the first. The banked 3-pointer was initially called good by the officials, but after huddling up at midcourt and watching a video replay, they overturned the call. The league then issued another statement Thursday and released the video it used to prove its point.

Initially, officials said the elapsed time of the shot took more in the range of 1.2 or 1.3 seconds instead of the 0.8 seconds that were remaining on the clock. But further video analysis was called for.

On Friday, the conference said there was a discrepancy between the "rate at which the embedded digital stopwatch advanced and the rate at which the game clock regressed during the instant replay review.'' The MWC's statement went on to say the officials made the correct decision with the evidence they had at the time. But the conference office said it didn't see a video at full speed from the production truck.

Ultimately, the conference said the one replay angle from the opposite baseline camera the officials were using wasn't at full speed when it was seen on television, and as a result the embedded stopwatch outpaced the video, giving the officials a false reading. The conference concluded by saying after measuring the timing of the shot again that Webb's shot should have counted and did get off within the 0.8 seconds remaining.

Rice said one of the officials told him Wednesday that they would take as long as needed to get the call right.

"That being said, we have an opportunity to get it right now,'' Rice said.

The Mountain West cited Rule 5, Section 5, that a result of a game cannot be overturned.

"We're doing all we can,'' Rice said. "I don't believe there is a formal protest, but it wasn't human error, it was a technological error, so the game should be over and Boise should get the W.''

Boise State (16-9, 7-5) fell into a fourth-place tie in the Mountain West with the loss. It's a game behind second-place teams Fresno State and New Mexico in the loss column and four games behind first-place San Diego State.

"It makes a big difference in the conference,'' Rice said. "We would be in second.''

MWC: Boise State's last-second shot was a basket
ESPN College Basketball writer Myron Medcalf discusses the Mountain West Conference's reversal of opinion on the Boise State buzzer beater and what it means for the Broncos. 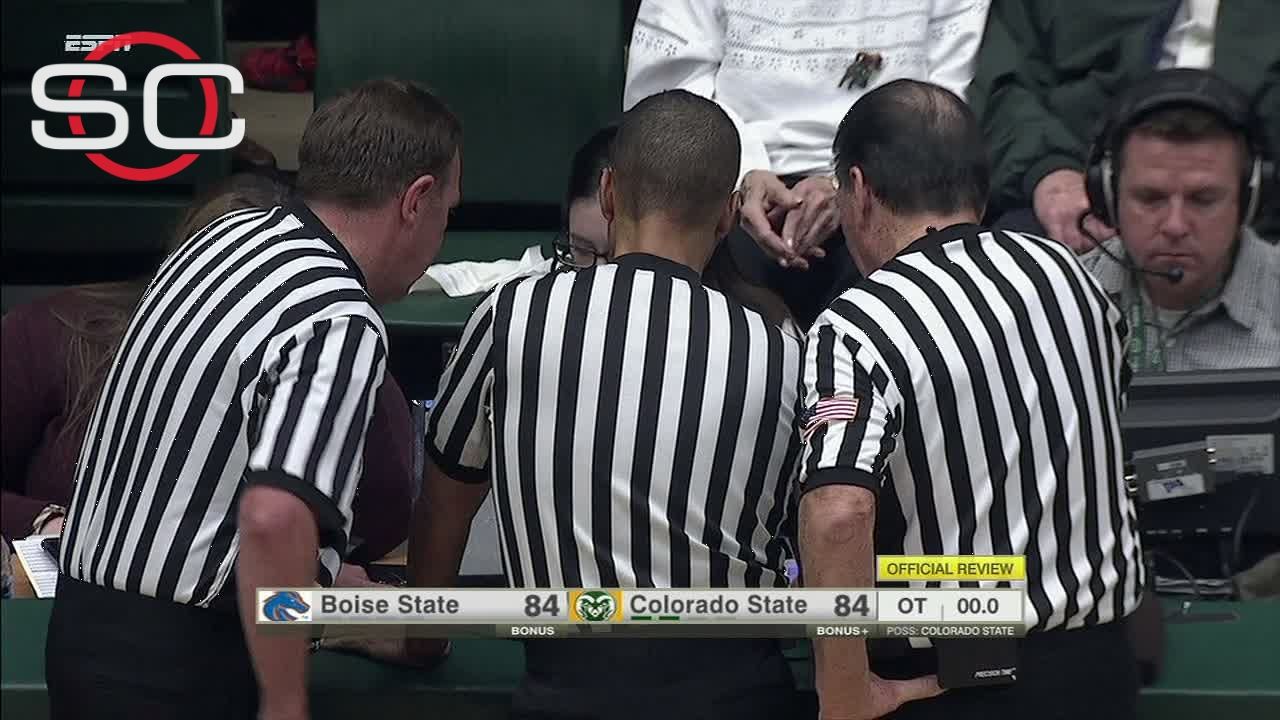