Astros payroll versus the Yankees, who pays more? 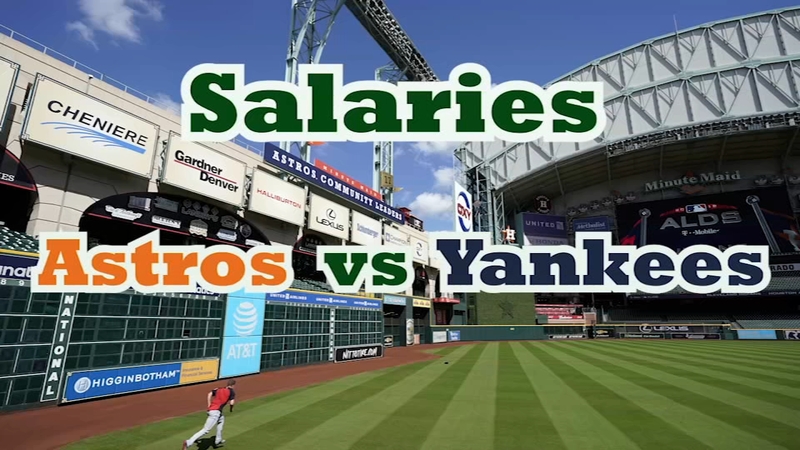 Here's how the payroll of the Astros and Yankees compare

HOUSTON, Texas (KTRK) -- We know the Astros and Yankees are the two best teams in baseball but how do they stack up payroll-wise.

The Yankees' top hurler Masahiro Tanaka is making $22 million a year, while veteran slugger Edwin Encarnacion is hauling in $21.67 million a year.

According to Spotrac.com, here are the top ten payrolls in the MLB: