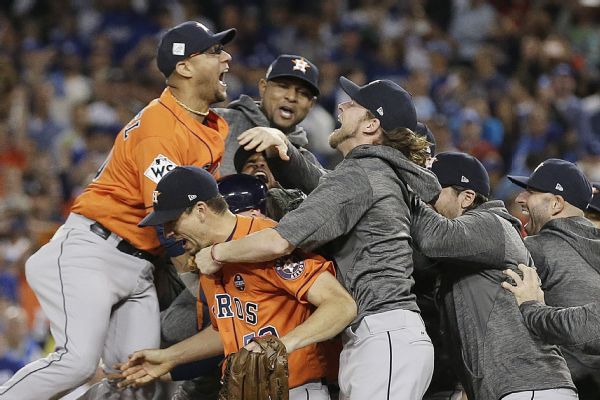 The Houston Astros have received an invitation to visit the White House to be honored as reigning World Series champions, and a team spokesman says they plan to attend.

"As the representatives of baseball and the World Series champs, when the White House calls and invites you to come up, it's something that as an organization we felt both a responsibility and an obligation to be part of," Astros president of business operations Reid Ryan told the Houston Chronicle.

A date for the visit has not been settled upon yet, Ryan said.

American League teams traditionally visit the White House when they are in the area to play the Baltimore Orioles. But the Astros are not scheduled to play the Orioles until the final series of the regular season, so they might make the trip during spring training, Ryan said.

Visits to the White House for athletic champions have been a regular occurrence since Ronald Reagan's presidency, but under President Donald Trump, they have sometimes been controversial.