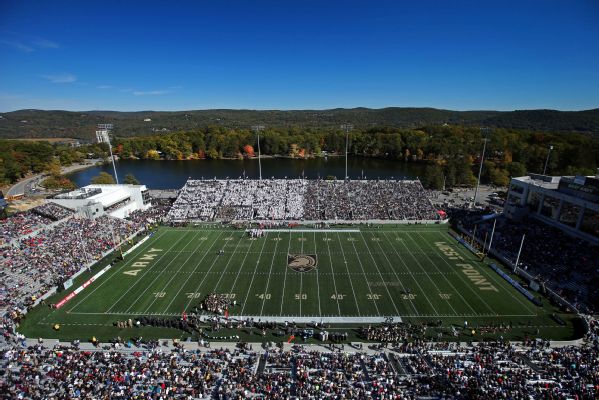 In addition, an internal investigation found Bateman and former assistant Ray McCartney accepted "non-public information and took actions to conceal the information and its source."

"Our commitment is to foster a culture of excellence and winning in everything we do," said U.S. Military Academy Superintendent Lt. Gen. Robert L. Caslen Jr., who conducted the investigation. "It does not mean that we win at all costs. Rather, it means winning in accordance with our values and who we are as an institution and a nation. When we win, we will do so honorably, remaining true to the values and standards that define us."

In addition, Army athletic director Boo Corrigan is requiring Bateman, who served as an assistant under current Wake Forest coach Dave Clawson while at Richmond in 2004, to attend an ethics training program.

"Although no NCAA rules were violated, these actions do not represent our values," Corrigan said in a statement. "We appreciate Wake Forest bringing this matter to our attention, and I want to apologize to the Wake Forest administration and to the West Point community."

Army becomes the third football program to admit its assistants took information from Elrod, a former Wake Forest player and assistant who has since been fired. Louisville also fined and suspended offensive coordinator Lonnie Galloway for the Buffalo Wild Wings Citrus Bowl, while Georgia fined Shane Beamer for taking information during his time as a Virginia Tech assistant.

In addition, the ACC fined Virginia Tech and Louisville $25,000 each, the maximum penalty allowed under league bylaws.